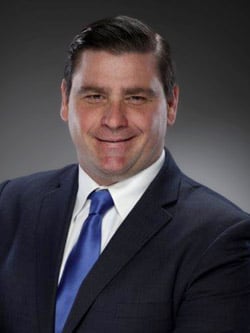 Almost all Family Law litigations deal with strong emotions and personal loss. However, a recent Georgia child custody case of mine had crossed the line from emotional loss, to true tragedy. In any case such as this, the attorneys, the court workers, and the Judges have a very difficult task of determining what is best for a young child in the wake of tragedy. With our clear understanding of child custody laws in GA, this emotion-filled case had many layers of intricacies and details.

With this case there is really only one issue to resolve: who should have custody of a girl less than two years old. While many cases we deal with determine who should have custody of a young child, what makes this case unique is that neither of the child’s parents were able to care for this child. The unfortunate reasoning is because one of this girl’s parents was murdered, and the other parent likely being the murderer. With one parent deceased and one parent in jail awaiting trial, the options for who could care for this child were either a foster home or a family member.

Now a small stroke of luck for this child, amongst the loss of her parents, is that she had two separate sets of family members step up and say they wanted custody of her. However, the legal issue this created was that now there were two families trying to gain custody of the child. These families now had to present a case to the court as to why placing the child with them was in the child’s best interest. Further complicating the case, one of the child’s family members seeking custody was the mother of murder victim, and the other was the brother of the alleged murder. Another layer of complication was that one of the parties lived in Mexico, while the other lived in Georgia.

Now in this action I, along with the Georgia Family Law experts of Stearns-Montgomery and Proctor, represented the paternal uncle of the child. He is related to the alleged murderer. To strengthen his chance of the child being placed with him and his family, we filed a Motion to Intervene to have him made a party to the Cherokee County Juvenile Court action that would determine placement. Sometime after we filed our Motion to Intervene, the maternal grandmother (mother to the murder victim) filed a similar motion. DFACs began an investigation into each party to see what was in the child’s best interests. This investigation included interviews and home inspection.

About two months into the case a hearing determined where the child would be placed. The court granted both Motions to Intervene. Therefore, each side was made a party to the action, and each was able to present evidence as to why their client should have the child placed with them. The individuals appointed by the State of Georgia to look after the child’s best interest, the Special Attorney General (SAG) employed by DFACs and the appointed Guardian ad Litem (GAL), were split on who they believed the child should be placed with. The GAL felt strongly that the child should not be placed with the family of the alleged murderer. However, the SAG felt that the paternal uncle’s family presented the best opportunity for permanency for the young child.

On that date, the Judge ordered that the child to be placed in the paternal Uncle’s home, but DFACs should continue to monitor the situation. Therefore this case is not over. There still lies one courtroom battle ahead in which my clients and SM&P must show the court why the child should be permanently placed with them, with no further DFACs oversight. If the Judge makes this determination my clients shall be free to adopt the child.

In this case I strongly respect the desire of the opposing side. However, I also strongly believe what is best for the minor at issue is a permanent placement with my client. To achieve that goal SM&P and I have maneuvered to show the Judge facts that show the existing relations and how it is in the child’s best interest to continue that relationship. While navigating through child custody laws in GA always presents a challenge, this case it was especially taxing.