Domestic violence charges are treated very seriously in Georgia. Even before a person is found guilty of criminal assault charges, he or she is likely to face civil sanctions such as removal from the family home, as well as temporary restraining orders (TRO) that prevent the accused from having any contact with the alleged victim. If someone violates a restraining order, he or she can be jailed and charged with a separate crime.

What is the Legal Definition of Domestic Violence?

Charges of domestic violence often arise in connection with divorce. In some cases, spousal abuse is one of the reasons the victim is seeking a divorce. However, there are also high-conflict divorces where one spouse makes false allegations of domestic violence against the other in order to gain the upper hand in a child custody, alimony, or property division dispute.

The legal definition of family or domestic violence under Georgia law is the occurrence of one or more abusive acts, as defined by the state, against spouses and children, romantic partners, and other family members or household guests who reside in the same household.

Depending on the circumstances involved, it may be classified as either a misdemeanor or felony charge, with domestic violence penalties including fines, community service, mandatory counseling, and imprisonment.
request a consultation 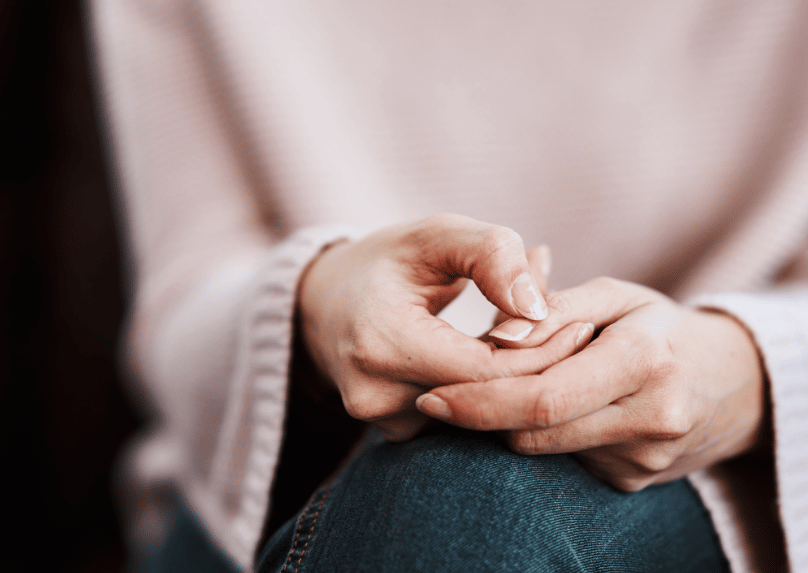 Under Georgia domestic violence laws, types of domestic violence include everything from threats and harassment to actual physical assaults. These acts are committed against people residing in the same home, and include spouse abuse, intimate partner violence, child abuse, and violence against any household member.

Domestic violence is not only physical but can involve threats or damage to the victim’s emotional health and financial security. Domestic violence that becomes physical is classified as assault or battery. In addition to the above, all felony acts are included. While not individually named, Georgia domestic violence law is broad in including felony acts, regardless of whether they are of a violent or non-violent nature.

Any type of domestic violence should be taken seriously. In cases involving threats or perceived threats of physical harm, dial 911 and get to a safe place immediately.

Following, surveilling, contacting, or harassing another person against their will in a way meant to threaten or intimidate

Destroying or damaging personal belongings, regardless of whether the damage was intended

Kidnapping and physically restraining the victim, or refusing to allow them to leave their home or property

Knowingly interfering with or preventing someone from using property or possessions

Attempting to cause violent injury to another

Attempting to murder, rape, or rob another while using a gun, knife, or other type of weapon

How to Seek Domestic Violence Protection

When we hear about victims of domestic violence, it is often regarding spousal abuse, intimate partner violence, or abuse of children. While these are all examples of different types of domestic violence, the fact is that anyone sharing a home with an abuser can be affected. If you are subject to threats, harassment, or physical harm by someone you live with, you may be entitled to file a petition and get protection through the Georgia court system.

In considering how to stop domestic violence, you should do the following:

Once your petition is filed, you may be entitled to get a protective order. This can prevent the abuser from entering your home or property and restrict them from contacting you at work, school, or in other public places. 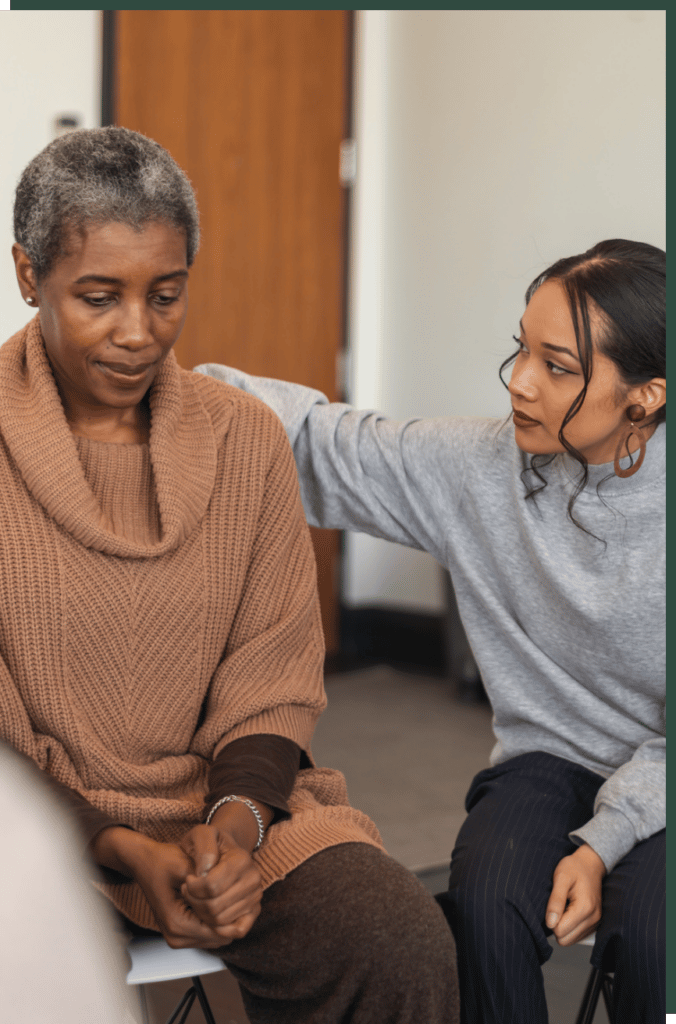 The Violence Against Women Act has changed the landscape in defining the various types of domestic violence and how it is addressed by the courts and in the community. Originally passed in 1994 and expanded three times in the years since, it addresses issues related to spousal abuse, intimate partner violence, and abuse of children on a federal level, while providing grant money for state programs.
br> Since inception, the Violence Against Women Act (VAWA) coordinates the response to domestic violence between law enforcement, social service groups, and the courts while guaranteeing interstate enforcement for protective orders. It has been expanded over the years to include: 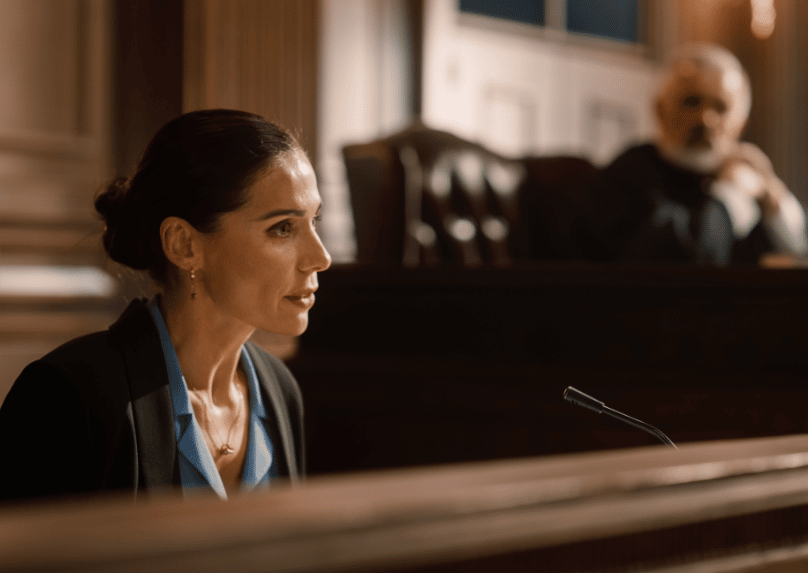 In order to stop the cycle of domestic violence and to provide care and support for victims of domestic assault and abuse, it is generally necessary to get a temporary protective order (TPO) issued by the court. While restraining orders issued in divorce proceedings may seem to serve the same purpose, a TPO issued under the Family Violence Act affords greater protections, and provides great legal grounds for enforcement.

Process of Obtaining a TPO

Under guidelines in the Georgia Domestic Violence Benchbook , a TPO may be granted on an emergency ex parte basis at the same time your petition asserting spousal abuse, intimate partner violence, or abuse of children or other household members is filed. The court will issue the TPO, based on evidence in the case, if it is determined that domestic violence did occur or is likely to occur in the future.

Grounds for obtaining a TPO include:

Reasons to Obtain a TPO

Under Section 19-13-4 of the Georgia Code , the following are all valid reasons to obtain a TPO in cases involving domestic violence: 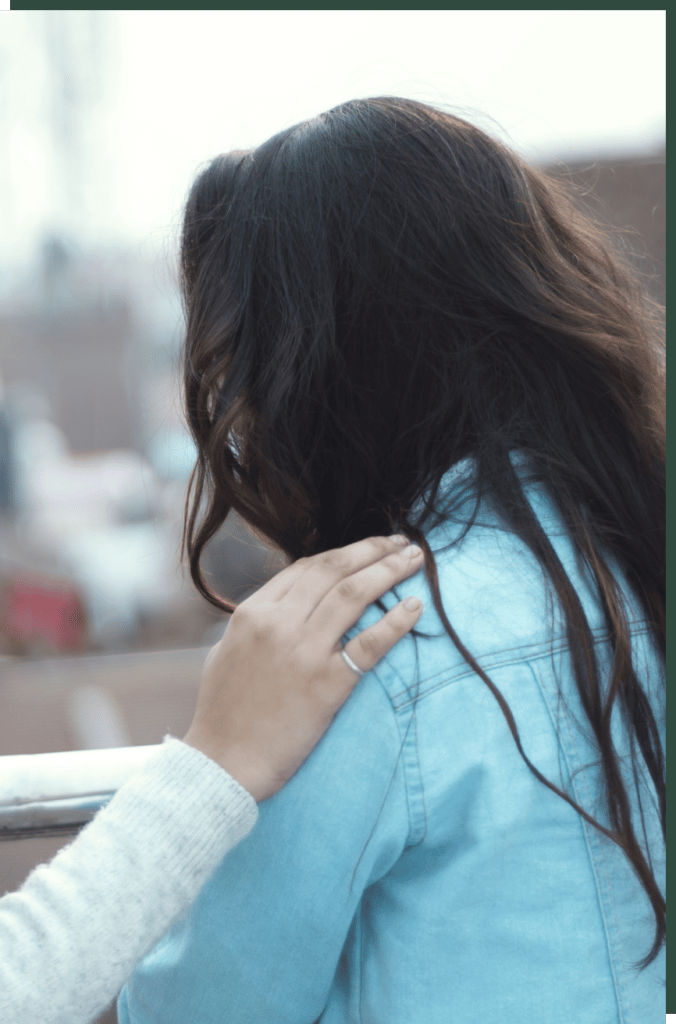 Under Section 49-5-180 of the Georgia Code, child abuse laws apply to anyone under the age of 18, and types of abuse are defined as the following:

Victims of child abuse are entitled to protection under Georgia’s domestic violence laws . A temporary restraining order can be used to remove the abuser from the home, to prevent them from having further contact with the child, and to hold them financially responsible by requiring the payment of child support. 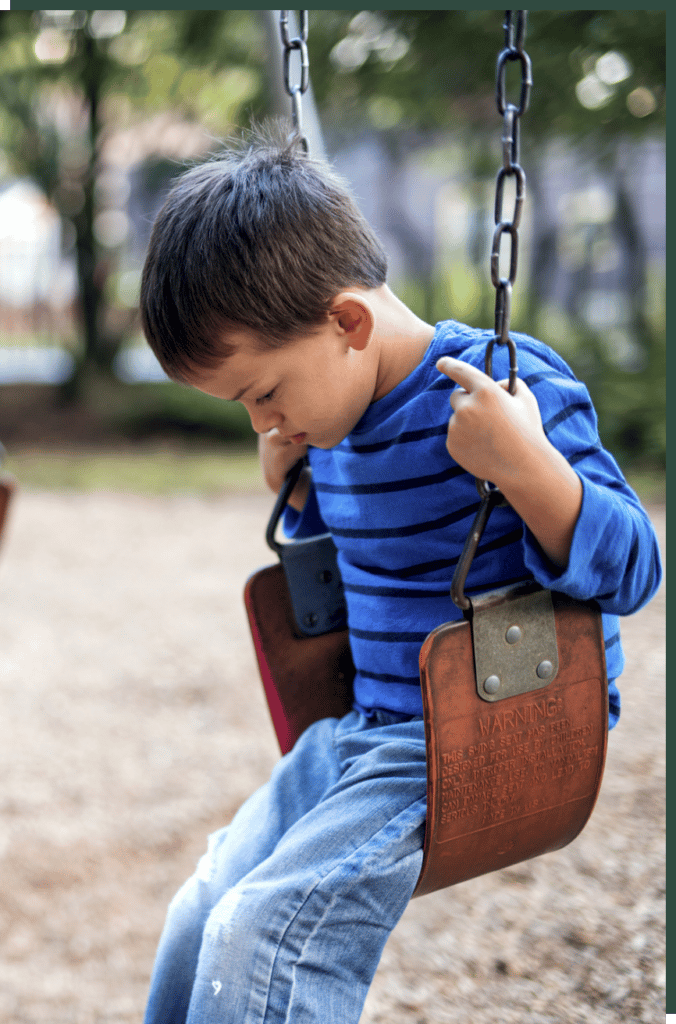 Georgia’s Family Violence Act governs issues related to domestic violence. It outlines what family violence is, who it affects, and ensures protection for victims. It also provides guidelines for how to prevent domestic violence from occurring through strong penalties and by requiring offenders to undergo treatment.

The Georgia Domestic Violence Benchbook states that prior to the Family Violence Act, which was enacted in 1981, domestic violence was treated the same as any other criminal act. Through the Act, there are increased penalties for abusers and greater protection for victims. Key elements include: 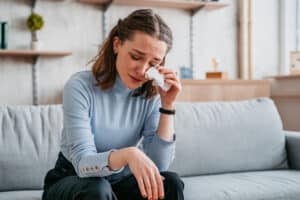 In addition to spousal abuse, intimate partner violence, and abuse of children, the Family Violence Act defines victims of domestic violence as including other family members or anyone residing in the home. 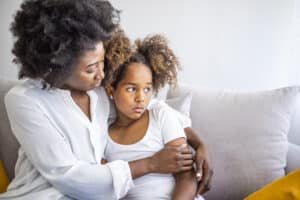 The Family Violence Act offers increased protection for those who are abused. Under Section 19-13-4 of the Georgia Code, a protective order or consent agreement can be granted, prohibiting the abuser from contacting the victim or returning to the home, while requiring payment ofchild support or alimony. 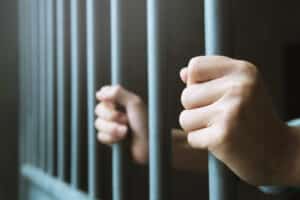 To prevent domestic violence, the Act penalizes abusers by imposing fines and increased jail sentences, while requiring them to participate in drug and alcohol classes and counseling through domestic violence resources.

Stalking is a type of domestic violence in which the abuser contacts or follows the victim or surveils their activities without their consent. Georgia’s stalking laws offer protection through the use of restraining orders issued by the court and impose harsh penalties for those who engage in this type of conduct.

The Stalking Resource Center advises that, under Section 16-5-90 of the Georgia Criminal Code, a person commits the offense of stalking when they willfully follow, surveil, or contact another for the purpose of harassment or intimidation. Stalking may include contact by any of the following means:

Under Georgia domestic violence laws (O.C.G.A. 19-13-1) , victims of stalking may include former or current spouses, intimate partners, and children, as well as other family members, such as parents or grandparents, and other household members.

As one of the signs of domestic violence, stalking can lead to acts of physical violence. Domestic violence laws can help to protect victims of stalking, through protective orders and consent agreements issued by the court. This can prohibit the offender from engaging in the following:

These orders may also require the offender to pay child support or alimony and to undergo counseling or treatment to prevent domestic violence in the future.

This may include passive-aggressive behavior, poor communications, and escalating stress and strain in the relationship. In this stage, it is not uncommon for victims of domestic violence to feel they are ‘walking on eggshells’ to prevent a violent episode from occurring.

Known as the incident of abuse stage, this is where the abuser acts out against the victim. Under Georgia domestic violence laws, abusive acts may include assault and battery or threatening and harassing behavior such as stalking, unlawful restraint, damage to property, and criminal trespass.

During this stage, the abuser is likely to apologize profusely and express remorse for what they did. They may act overly affectionate and caring, and may attempt to ‘make up’ with the victim by showering them with flowers, cards, or other gifts.

Effect of Domestic Violence on Child Custody and Visitation

In matters affecting children, charges of domestic violence are taken very seriously by the courts. Mandatory reporting of child abuse is required by doctors and school personnel, and signs of even the impact of domestic violence on children could seriously jeopardize parental rights to custody and visitation.

Impact of Domestic Violence on Children and Child Custody Proceedings

Under Chapter 9 of the Georgia Domestic Relations Code, the courts aim for parenting plans in which both parties share in the responsibility of caring for and raising their children in custody proceedings, assuming that an act of violence has not been committed on the child or children.

The best interests of the child are the primary concern of the court in these matters, and evidence or allegations of domestic violence or child abuse is a very serious matter. As a result, the court could order an investigation into the claim by the appropriate family and children social services agency before deciding custody and placement arrangements. In doing so, the court may also order the following:

Under the Family Violence Act, those suspected of domestic violence involving children may be required to either refrain from all contact with the child or to engage in supervised visitation while attending mandatory counseling. 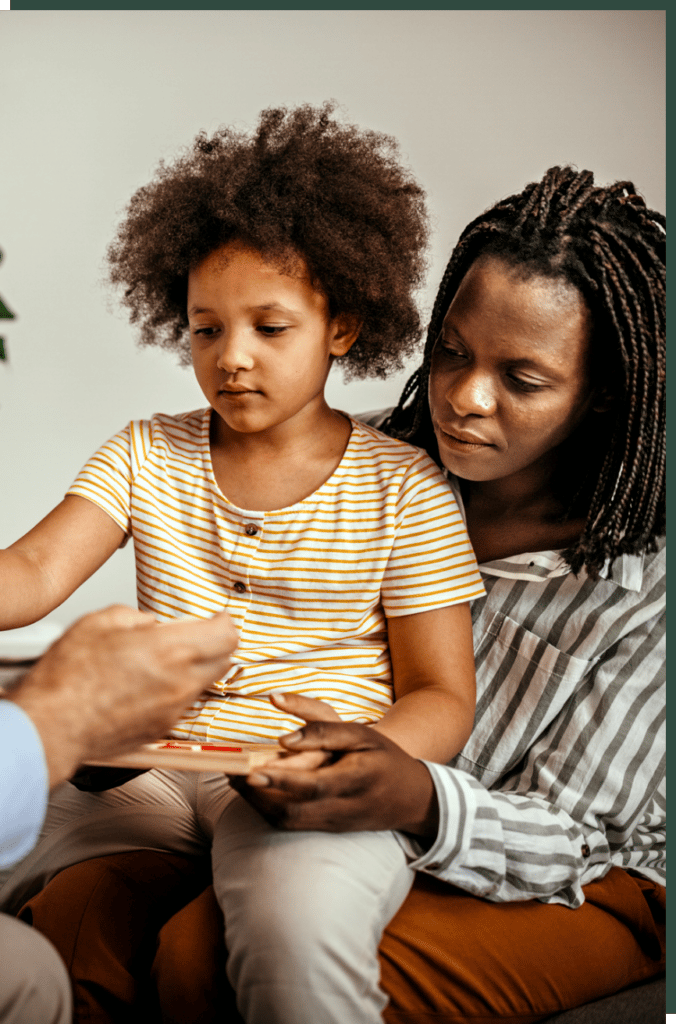 Unlike some other areas, Georgia is not a ‘no fault’ divorce state. There are 13 grounds for divorce listed under the state statutes, and domestic violence is one of those grounds. If you are the victim of spousal abuse, it could impact important elements of your case, including property division and alimony.

Domestic Violence as Grounds for Divorce

Domestic assault and abuse are grounds for divorce in Georgia. Under Section 19-5-3 of the Georgia Code , there are two potential ways in which domestic violence could play a role in your case:

While domestic violence during your marriage is likely to influence property settlements, alimony, and child custody proceedings, under Georgia divorce laws you could be disqualified from it as grounds if you remained in the marriage after it occurred, or if your spouse claims you engaged in any type of abusive behavior in response.

Dealing with Domestic Violence in Your Divorce

Domestic violence laws work to defend the rights of victims. Anytime spousal abuse or any kind of domestic violence occurs, you are entitled to protection under the Family Violence Act . Even if you remained in your marriage after spousal abuse became a factor, you may be able to present evidence justifying why you remained, in addition to obtaining property rights and alimony through a protective order. 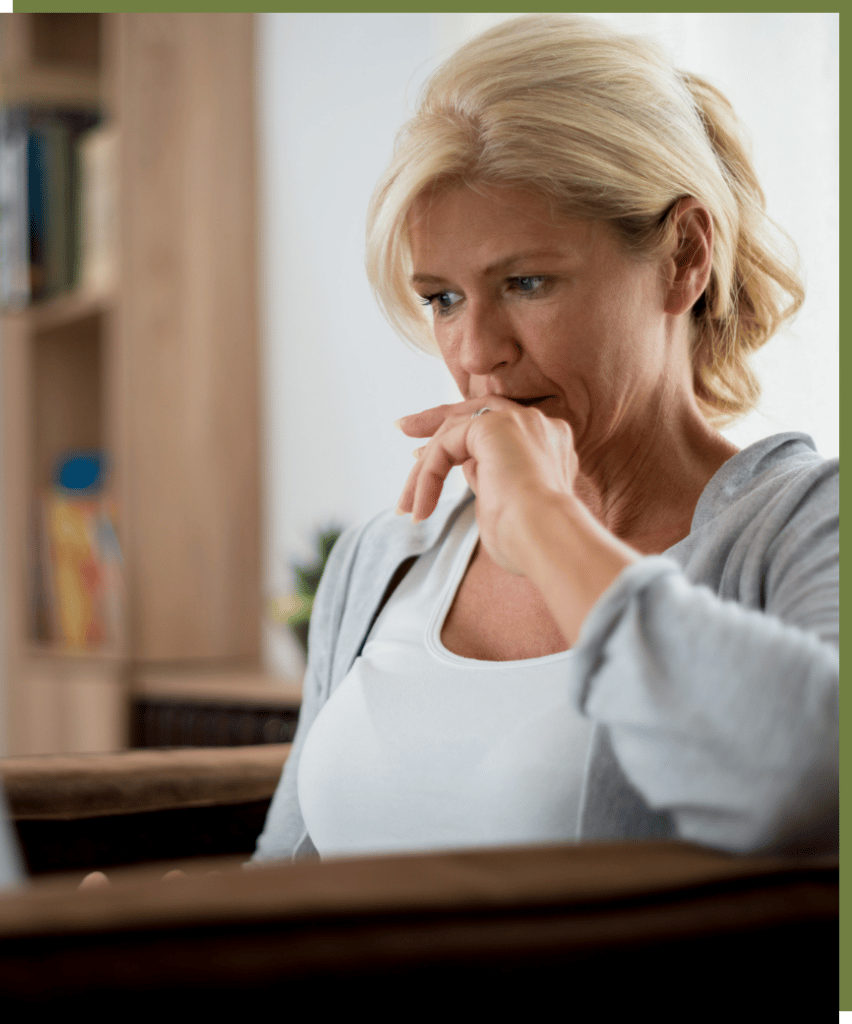