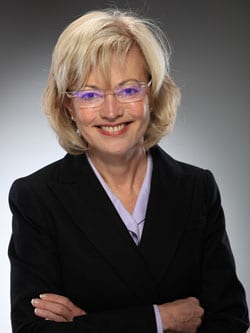 Every case is unique and the law can be complicated. It is important for one to seek professional expertise and guidance in legal situations. Just recently, Stearns-Montgomery & Proctor’s Family Law Attorney, Melanie Norvell, proved that while Child Custody cases are especially unique and complicated, they are winnable.

The father and mother were never married. The father made the decision to move from Michigan to Georgia a year ago and the mother agreed to let their 7-year old son move with dad. Under Michigan Law fathers have the same rights as mothers.

After the move, the father began receiving threats from the mom saying she was going to take the son away from him. The father began taking precautions, including putting her name on a list at school of people not allowed to check out the son. The mother’s mom tried checking the son out of school and was denied. Then, there was a slip-up at school one day when the mom showed up. They mistakenly let her check the child out of school and she immediately took him back to Michigan. The father found out what had happened when his son did not get off the school bus that day.

Melanie’s first step was to file an ex parte requesting the judge make the mother return the child to his home, which they will occasionally do, but she was denied.

Her next step was a UCCJEA hearing where the judge required her to prove she had jurisdiction. Once the judge accepted that she did indeed have jurisdiction, he temporarily ordered the child be sent home to his father and he returned home a few days later. Melanie is confident that when they go back to court the father will receive full custody.

Recently, there has been an influx of cases where a parent has taken a child away from the other parent, and it has mostly been women doing so. With school starting back soon, this is going to be an even more common occurrence. Melanie currently has four cases dealing with this difficult and heart-breaking situation and would like to share these two pertinent pieces of information:

Stearns-Montgomery & Proctor is here to help you win your case and get what you deserve. We have four Georgia offices, located in Atlanta, Marietta, and Alpharetta to better serve you. To schedule a consultation today, call (678) 971-3413 or complete our contact form.