What is a Divorce “Answer and Counterclaim” in Georgia? 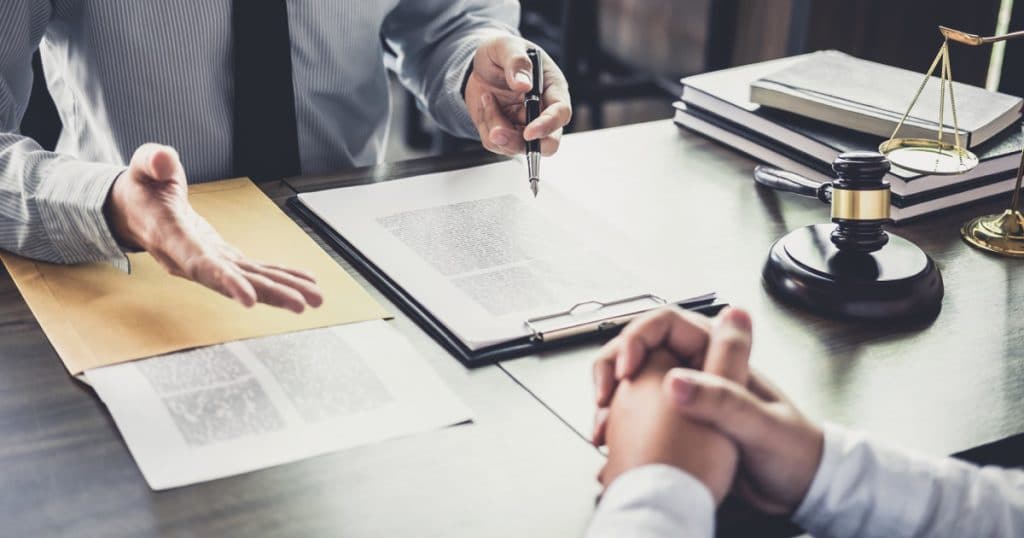 When some couples go through a divorce, they are in agreement from the start on how they want their marriage to end and, therefore, are able to resolve all the issues between them prior to filing any documents with the court.  Those couples are in the minority.  For the majority of couples, one party files for divorce and has the other party served with the “Complaint for Divorce,” papers which outline the filing partner’s desire to end the marriage. The parties then begin the process of dissolving their marriage through the court system.  In those cases, the party that is served with the Complaint for divorce should file an “Answer and Counterclaim” as a response to their spouse’s Complaint.

If you are on the receiving end of a Complaint for divorce, no matter how you feel about the divorce or your spouse, you must respond to the papers you are served. Your official response to your spouse’s divorce filing is the Answer and Counterclaim. This document can be broken down into two parts:

Why is an Answer Necessary?

Some of the reasons people might give for not filing an Answer:

However, ignoring the divorce petition by not filing an Answer is the absolute worst thing you can do. If you ignore the paperwork you are served:

What Does an Answer Include?

In the Answer portion, you respond to the accusations raised in your spouse’s Complaint for Divorce typically one of 4 ways:

For example, in their Complaint for Divorce, your spouse will state the date of the marriage, the number of children, and whether any real property, such as a home or land, is owned.  You would likely admit that these statements are true.  However, the Complaint will likely also include requests regarding debts, property division, and custody of the children.  Assuming that you are not in agreement with any accusations and requests of your spouse, you will deny those.  For example, if the Complaint states that your spouse desires the marital residence and all the equity in the home, you should probably deny that.  Of course, if you don’t know how you want to Answer an accusation at the time you are filing an Answer, it is permissible to state that you do not have enough information to Answer at that time.

What Does a Counterclaim Include?

The content of the Counterclaim is based on the circumstances of the divorce, what you hope to accomplish, and, ultimately, what is most appropriate for your case. If your spouse has asked for custody of the children, possession of the marital home, or spousal support, then your Counterclaim can include a response that outlines what you want while asking the court for relief.  In the Counterclaim, you may also present your own grounds for divorce such as abandonment or adultery or make any reasonable requests that you want the court to have on record.  For example, if you want to have primary custody of the children, you would state in your Counterclaim that, “It is in the best interest of the minor children that the respondent has primary physical custody.”  If you desire that your spouse pay you alimony, you would state in your Counterclaim, “The respondent is financially dependent upon the petitioner and is entitled to both temporary and permanent spousal support.”

Please understand that you are not permanently bound to the requests you make in a Counterclaim.  Should you and your spouse reach an agreement on the issues involved in your divorce, your settlement agreement can include terms different then what you listed in the Counterclaim.  Additionally, you may amend your Counterclaim to change your requests.

The Result of Filing an Answer and Counterclaim

Once you have filed your Answer and Counterclaim, you are better protected from a judge issuing a default judgment against you. (A default judgment occurs when only a Complaint is filed and the respondent does not appear at any scheduled hearing.)  In a default judgment scenario, the petitioner typically gets what was asked for in their Complaint.  Further, by filing an Answer and Counterclaim, your position is now stated for the court, and your desires for the resolution of all issues related to the divorce are on record.

An Answer and Counterclaim needs to be filed promptly — fewer than thirty days after you were served with the Complaint.  Ask for everything you want, and then some, in the Counterclaim.  You should overbid, but not insultingly so and not to the extent that your requests go beyond the reality of your circumstances.  For example, if you want primary custody, child support, and maybe alimony, request that in the Counterclaim.  However, don’t state that you want sole custody if you don’t want it and you have no basis for restricting your spouse’s access to the children.

If you believe your case will settle, perhaps you would benefit from refraining from raising insulting accusations in the Counterclaim, even if they are true.  For example, you can state that adultery and habitual drug use are grounds for the divorce.  However, your Counterclaim is public record, and your spouse may be offended by these accusations and thus unwilling to settle on reasonable terms.  Therefore, you may want to hold off on raising such accusations.  If the case becomes more contentious, or those issues will need to be raised at trial, you can always file an amendment to your Answer and Counterclaim, raising such claims. Conversely, should the parties come to a settlement at a later date, the Answer and Counterclaim will likely have to be dismissed, but that is a fairly simple process.

Reach Out to an Attorney

Filing a Counterclaim for divorce is not always easy and is something you should never take for granted. One error on your filing or document preparation could cause serious trouble for you in the future. The divorce attorneys at Stearns-Montgomery & Proctor are here to help you during each stage of your divorce case. Our staff is prepared to answer any questions that you may have and craft a Counterclaim on your behalf. Contact us to schedule a consultation at one of our Atlanta-area locations so that we can begin discussing your legal needs.