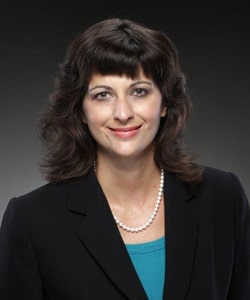 Divorce is usually complicated. If children are in the equation, not only does it get more complicated, but in many cases the children can become pawns of manipulation, victims of circumstance, collateral damage. It is always best to hire an attorney to protect everyone’s rights.

Melanie Webre was involved in a case with a married couple who previously lived on the West Coast. The wife moved to Georgia with their three-year old daughter and the husband moved to the Midwest. Once in Georgia, the wife filed for divorce. The husband did not hire an attorney. In the divorce agreement, he was given monthly visitation, but no specific schedule was in place and visitation would be allowed as agreed upon by the parties.

In 2015, the situation worsened and it became difficult for the father to get any visitation with the child, as the mother refused to allow him to see their daughter. The father realized he needed the help of an experienced attorney and he hired Melanie Webre. She immediately filed for contempt and for a modification of his visitation rights.

Soon thereafter, the father was served with an emergency petition, an ex parte order restricting the father’s access to the child, alleging sexual misconduct. He was not only shocked, he wasn’t even able to determine the specific allegations being brought against him. Melanie knew the severity of the situation and recommended a forensic examination through the court. A renowned local forensic expert in child sexual abuse was chosen, who specialized in working with young children since the daughter was only three years old. The expert’s research and interviews revealed that the allegations were false and that the mother was behind them.

The father was then able to resume visitation, but his troubles were not over. His daughter would allegedly repeat the same claims of sexual misconduct to her mother after each visitation with the father. And, each time the mother would take her daughter to a mental health professional and allege sexual misconduct. Fortunately, the mental health professionals were able to see through the mother’s manipulation and the false accusations.

Finally, the father was able to attempt to rebuild the relationship with his daughter. She loved him and enjoyed talking with him on the phone, but the mother’s manipulation and subsequent fallout, left the child afraid of her dad. This innocent little girl had been through a lot. Reunification Therapy was recommended, which helps children build a relationship with a family member with whom they have been separated.

Dad and daughter began therapy, visitation began and after each visit the daughter would immediately see the psychologist to discuss the visit. This regimen worked wonderfully for the family and the father is now seeking more visitation time with his daughter. He still lives out of state, so it won’t be as often as he would like, but they enjoy their time together and now have a strong father-daughter bond.

Melanie would like to remind everyone of how important it is to hire an experienced attorney if you are going through a similar situation or being falsely accused of sexual abuse. Remember, not only will you be fighting to see your child, but there are criminal implications to the allegations as well. You should hire an attorney immediately and let them talk to the police and anyone else that questions you about the allegations, including DFCS.

Stearns-Montgomery & Proctor is here to help you win your case and get what you deserve. We have four Georgia offices, located in Atlanta, Marietta, and Alpharetta to better serve you. To schedule a consultation today, call 678-971-3413 or complete our contact form.