Do You Need an Income Deduction Order? 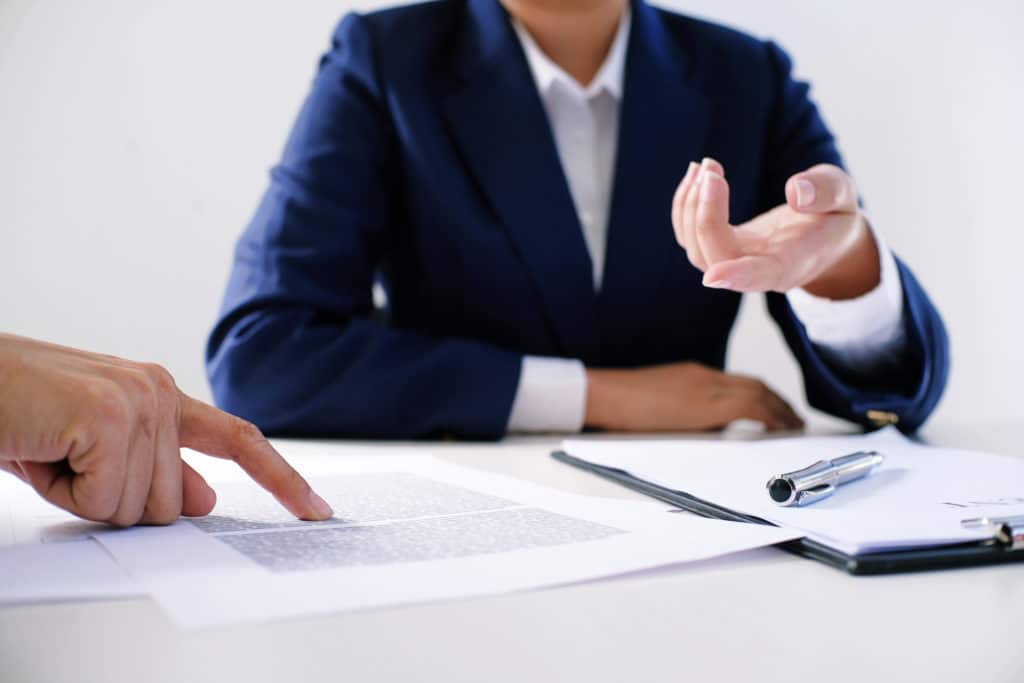 Sometimes, after an order establishing child support is entered, the non-custodial parent does not pay child support on time or fails to pay at all. The parent who receives support may need additional assistance in securing the support needed to care for their child. In other cases, both parties find it easier to have child support automatically taken out of the paying parent’s paycheck. One way to secure this is with an income deduction order (IDO) from the court. An IDO requires a party who is ordered to pay child support to have their child support payments automatically withheld from their paycheck.

How Does an Income Deduction Order Work?

First, either both parties agree on an IDO or the court orders it. According to Georgia law, all child support orders entered after January 1, 1994 must provide for the immediate withholding of child support from the wages of the non-custodial parent through an IDO unless (1) there is a written agreement between the parties for an alternative arrangement or (2) the court finds that an income deduction order is not in the best interests of the children and is therefore not necessary. See Department of Resources v. Word, 265 GA 461 (1995). Don’t be mistaken, if the custodial parent wants the court to order an IDO, the court is required to do so. This is especially true if the non-custodial parent has previously missed or been late with payments.

Once an income deduction order has been agreed upon or ordered by the court, the judge will, as required, sign the independent IDO court order. The court won’t automatically issue an IDO. The parties or their attorneys must submit a proposed order to the judge for signature. The IDO will direct that the non-custodial parent’s child support payments be withheld from their pay. After that, the IDO may be registered with the Georgia Department of Human Services (DHS) by the parent receiving support. For that, there is a small one-time fee for the receiving parent to open a case with the DHS division focused on child support.

In most divorce, modification, or legitimation cases brought through the superior court, the DHS is not involved. However, if a child support action is filed through DHS, as is often done when unwed mothers are seeking support from the father of their child, they will be involved because the action initiates with the agency.

When the Georgia DHS is involved, they will send the IDO to the non-custodial parent’s employer, or the child support is sent to the DHS and placed in an account for the parent receiving the support. There is a small fee associated with the withholding and transfer each month, but that fee is assessed to the paying parent and deducted with the support payment.

If the parties or the custodial parent chooses not to register with the DHS, the IDO can be sent directly to the employer of the party providing support. Once the IDO is on file with the non-custodial parent’s employer, the monthly amount ordered for child support is withheld from their paycheck, similar to the way taxes are automatically withheld. The money is typically sent via electronic fund transfer to the custodial parent’s bank account.

How is an Income Deduction Order Enforced?

Once an IDO has been entered, the money should be taken from the account of the non-custodial parent before they have a chance to spend it elsewhere. That is the primary advantage of an IDO — the money is deducted from the payor’s paycheck automatically every month. If the paying parent refuses to assist with this filing and/or function of the IDO, they could face contempt charges.

In situations where the non-custodial parent is self-employed, they are their own human resources department and they may choose not to withhold the monthly child support payments from their earning. In cases in which the child support payor switches jobs often, the IDO will have to be registered with the employer each time they start a new job. The location of the new job may take time to discover. Finally, if the child support payor’s monthly wages dip below the amount ordered for support, the full amount cannot be withheld and transferred to the custodial parent.

The good news is that if there is an IDO in place, but the child support payments do not get withheld, the non-custodial parent still owes the money. Just because the money is not withdrawn and transferred in accordance with the IDO does not mean the child support is not owed for that month. The non-custodial parent will still have to find a way to make the payment or else they could be held in contempt for non-payment.

Also as a bonus to the custodial parent, the employer may be liable for the child support if they do not follow the court order.

Waiving the right to an Income Deduction Order

Examples of How an Income Deduction Order Would Work

A mother and father are divorcing. They settle all issues of their case and sign the necessary settlement documents at her attorney’s office. She will be the custodial parent and receive child support from the father. Both state in their settlement documents that an IDO will be necessary but choose not to involve DHS in the process of registering the IDO and collecting the support. An IDO is drafted by her attorney and signed by the judge. The father brings the IDO to the human resources department at his job. The HR department does not process the paperwork in time for the first monthly payment so he makes a payment directly to the mother by sending a personal check. Subsequent payments come directly out of the father’s paycheck and are direct-deposited into the mother’s bank account.

A mother and father are divorcing. They settle all issues of their case and sign the necessary settlement documents at her attorney’s office. She will be the custodial parent and receive child support from the father. They state in their settlement documents that an IDO will be necessary but choose not to involve DHS. An IDO is drafted by her attorney and signed by the judge. The father brings the IDO to the human resources department at his job. Payments come directly out of his paycheck and are directly deposited into the mother’s bank account. Then he leaves that job. He brings the IDO to the HR department at his new job. The HR department at the new job does not process the paperwork in time for the first monthly payment. The father makes a payment directly to the mother by sending a personal check. Subsequent payments come directly out of the father’s paycheck and are direct-deposited into the mother’s bank account.

A mother and father are not married. She goes to DHS and has them initiate a child support action against the father. Through the courts, a monthly amount of child support is ordered. An IDO is also ordered. DHS sends the IDO to the father’s employer. Payments come out of his check, are sent to DHS, and money is put on a card issued by DHS for the mother to use.

Is an Income Deduction Order Necessary for Me?

If you questions or concerns about your child’s other parent not making timely child support payments, please contact Stearns-Montgomery & Proctor. The attorneys at our office are experts in family law and can explain the relevant laws to you, guide you throughout the process, and make sure the proper forms are filed with the court.