Common Divorce Mistakes… and How to Avoid Them (Part I) 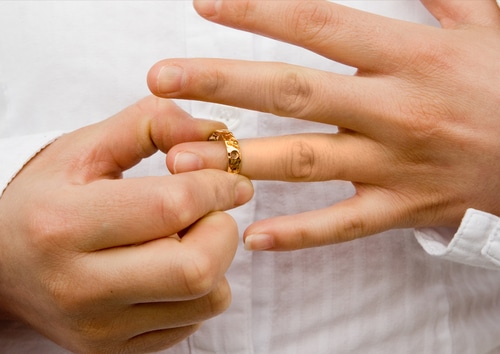 Divorce is, by nature, complicated. You’ve spent years building your marriage and entangling your life with the person you’re sitting across the table from. Untangling your assets (and your emotions) takes time, too. A family law attorney spends years studying the intricacies of divorce, which explains why divorce is overwhelming to most people.

There are a few common mistakes people tend to make when heading into a divorce.  If you can keep your head clear enough to follow these rules, you’ll be much better off in the long run.

Don’t be afraid of your ex: If your ex has known you since you were a teenager, he or she may be able to still make you feel like one at times. An intimate emotional relationship provides a lot of ammunition for person who wants to manipulate another party.  Now is not the time to rely on an ex for advice, or to let him or her intimidate you. Just because you’re used to asking your ex for answers, doesn’t mean it is (or ever was) a good idea.  If your ex starts making announcements about alimony, your kids, or what you’ll end up with, ignore the conversation.  It’s not up to your ex to decide– it’s up to the court.

Don’t ignore your taxes: This one can be tricky if you’ve relied on your ex to be the family accountant for years.  Speak to a professional about what you’ll pay taxes on if you split your finances. Dealing with the expense of a tax professional now could save you loads of money in the long term. At the very least, educate yourself.

Stop confusing emotions and business: Keep your head on emotionally when you’re thinking about assets. Don’t be financially impulsive with your ex in an attempt to win him or her back. Signing over your car title to your ex in a moment of desperation may seem generous at the time, but it’s foolish. Don’t give gifts, make promises, or put yourself at a financial disadvantage in any way to endear yourself to your ex. Be self-protective, even when your instincts tell you not to be.

Don’t brag: Be discrete about any new relationships or purchases until your divorce is over. Don’t brag to friends, your ex, your ex’s lawyer, or online. A new relationship can potentially make you seem like you were not committed to your family. Extravagant purchases can influence the court’s financial decisions.

Don’t be hostile in court: Keep in mind that the judge is evaluating you at all times in the court room, and it’s important that the judge respect you. Don’t make rude faces at your ex, don’t roll your eyes, don’t act like an insolent teenager, and don’t yell. Stay composed, and be as courteous as you would be in an office environment. Have your cathartic moments later.

Put revenge out of your mind: Dwelling on revenge, anger, and petty arguments are only going to distract you during this difficult process. Stay focused on getting through your divorce, taking care of yourself, and moving on. An angry person is not a happy person.

Check back in with us soon for Part II of Common Divorce Mistakes… and How to Avoid Them.