10 Ways to an Effective Divorce – Part 6: Understanding the Divorce Process in Georgia 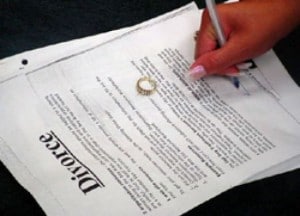 Filing for a divorce in the state of Georgia has a relatively routine set of actions.  However, many clients who are seeking a Georgia divorce do not have a firm grasp on what to expect with the proceedings. As a result, it is extremely important that a potential divorcee understands the routine steps to complete the process.

Divorce in Georgia: The Petition and Objectives

First and foremost, keep ain mind that you have been a resident of Georgia for six months before you can file a “Petition for Divorce.”

Filing a Petition for Divorce at the appropriate county court is usually the first step of the divorce process in Georgia.  The petition displays the reason, or grounds, for the divorce filing, and also discusses how the person filing would like to handle issues such as child custody, alimony, and division of assets.

The petition is then “served” upon the other spouse, and they must respond to the document within 30 days. The individual receiving the divorce request can either accept the terms of the divorce, object to the reasoning behind the filing, or can agree to the divorce, but object to the grounds. At this time, depending on the initial outcome, the court can impose the “Temporary Divorce Orders” which outlines the couple’s behavior during the impending divorce procedures.

The Divorce Discovery Process and Mediation

If an amicable solution is not agreed upon, the parties involved will go through the discovery process. This step is when the opposing parties gather information about each other, and lay the evidence to show the foundation for what they are seeking by way of the division of assets, child custody, and support agreements.

At this time, the parties involved have the opportunity to undergo the “mediation” process. This process is where they will examine all of the evidence that has been gathered, and come to an amicable solution that is satisfactory to both parties. If no agreement is reached, the case will then go to divorce court.

During the divorce trial, all of the evidence will be presented by the parties, and examined by an appointed judge. After hearing the opposing arguments, the judge will decide on a proper divorce settlement, and mandate that both parties adhere to his or her decision. If the result is satisfactory, the parties will sign the final divorce decree, and the agreed upon details regarding the division of assets and custody including alimony and child support.

If you feel that the court was not fair in its decision, you do have the option and right to file a motion to ask the court to reconsider or for a new trial.  This motion is filed with the same presiding judge that heard the original arguments, and they will either grant or deny your motion. You also have the right to file an appeal to another court.