Child Custody for Unmarried Parents: What to Know in Georgia 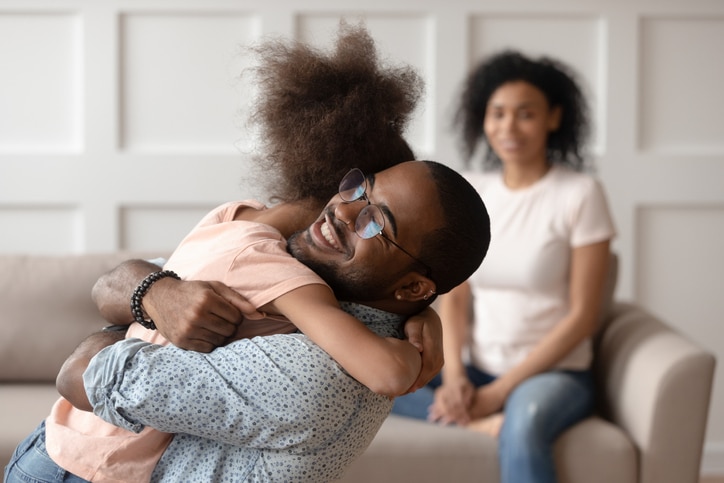 Child custody can be a difficult subject, particularly when the parents are not – or have never been – married to one another. Here are the biggest questions most people ask about this topic and what you need to know regarding the laws surrounding Georgia custody issues.

How is Custody Established for Children Born Out of Wedlock?

Father’s rights regarding child custody in Georgia differ for unmarried parents versus those who are married. Unmarried fathers have no legal rights to their child, even if they sign the birth certificate. But they can obtain these rights through the process of legitimation.

Legitimation establishes the father as the legal parent of the child, not just the biological one. It is an important part of determining custody, as the mother automatically has full legal custody of a child born to unmarried parents unless other legal arrangements are made.

In some cases, unmarried parents may choose to marry to reduce custody concerns and other legal issues. For those who do not make this choice, though, legitimation is the legal route to an unmarried father gaining custody rights to his child.

How Does an Unmarried Father Establish Paternity?

To establish paternity of a child, the unmarried father must first understand the difference between fatherhood (paternity) as a legal concept and a biological one.

Furthermore, signing the certificate does not establish an unmarried father as the legal father of a child, either. Legal paternity is established through the process of legitimation, as mentioned above. In some situations, especially when paternity is in question, this process requires a paternity test first to affirm the biological aspect, then establishes the father as having a legal right to the child.

Keep in mind that if the father has waited a long time to reach out to establish custody and has shown no interest in a relationship with the child previously, it may be difficult to get custody rights to the child, even if he is the biological father. Becoming the legal father of the child, or being recognized as such, is a matter that can only be handled through meeting the criteria of the court.

In the absence of legitimation or other legal rulings, the unmarried mother always receives sole custody, according to Georgia law. Married parents do not face this concern, but an unmarried father may be surprised to realize he has no legal rights to his child at all. The mother may move away, deny him access to the child, and make any choices for and with the child that she chooses to make, all without consulting the father.

Do Mothers Get Preferential Treatment in Child Custody Disputes for Unmarried Parents?

Despite their inherent legal rights to their children, mothers do not receive preferential treatment in child custody disputes when the parents are unmarried. That may have been the case in the past, when many mothers stayed home with children and fathers went to work, but it is no longer the case. As long as both parents are considered legitimate, both will start from a neutral, equal standpoint if there is a custody dispute that goes to the courts.

If you have questions regarding child custody issues for unmarried parents in Georgia, contact Stearns-Montgomery & Proctor today. We can help you navigate the legal issues you may be facing and provide advice on dealing with custody and child support disputes. We are here to help you come to the best possible arrangement for the overall benefit of your children.