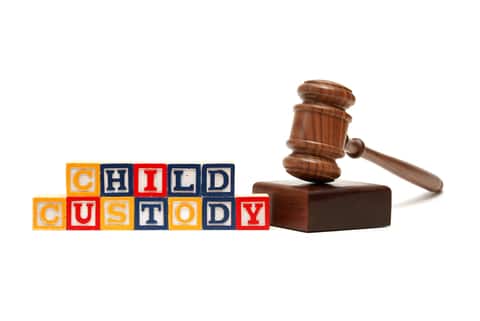 In mid-September, one of our attorneys worked on a child custody case that is rarely seen at Stearns‑Montgomery & Proctor. Typically, we deal with parents’ or grandparents’ visitation rights. This is a rare situation where we moved under the Georgia code for a third party to obtain custody from a parent who is determined to be unfit to care for their child or children.

Our attorneys filed a third-party custody case representing an aunt and uncle against the biological mother of two young children. The aunt and uncle have been caring for the children since the mother lost custody of them during a juvenile court proceeding back in 2009. Typically, when a parent loses custody in a juvenile court case, the juvenile courts like to reunite the child(ren) with their biological parent(s), but in this case, the unfit mother, who suffered from drug issues, failed to complete the reunification plan implemented by the juvenile court. Juvenile court orders typically last for two years, and although the uncle and aunt had received a second order in 2011 extending their temporary guardianship over the children, the clients desired a more permanent solution that would grant them and the children comfort that the minor children would not be suddenly and unjustly removed from their home.

There was a particular concern with the youngest child, who suffers from emotional and psychological issues. Every time the youngest child saw the biological mother, the child would experience anxiety and withdrawal.

The Outcome of this Unique Child Custody Case

At court our attorneys successfully reached an agreement where the uncle and aunt would retain physical custody and also negotiated a provision that unsupervised visits would not be possible until the children reach the age of 18. In addition, our attorneys were able to implement a plan where the children’s biological mother would be required to attend individual counseling sessions before she would be allowed to exercise visitation with the youngest child. When the mother completed a sufficient number of sessions, her counselor would meet with the children’s therapist. Once the child’s therapist consented, the parties would attend family counseling sessions in order to ease the mother back into the youngest child’s life. Finally when the parties had attended a satisfactory number of counseling sessions the mother would be allowed to visit her children under the supervision of the aunt and uncle every other Sunday.

It’s also worth noting that the mother is required to provide the aunt and uncle with child support for their continued care of the children.

For now, the children’s fear about being returned their biological mother has been eliminated. According to Georgia law, the aunt and uncle are now the children’s legal physical custodians.

The family law and child support attorneys at Stearns‑Montgomery & Proctor have extensive experience representing the best interests of children in family law matters. Our team serves as an advocate for families throughout the Atlanta Metro Area. We will help you discuss your situation and understand your options. To schedule a consultation today, call us at 678-971-3413 or complete our simple contact form.