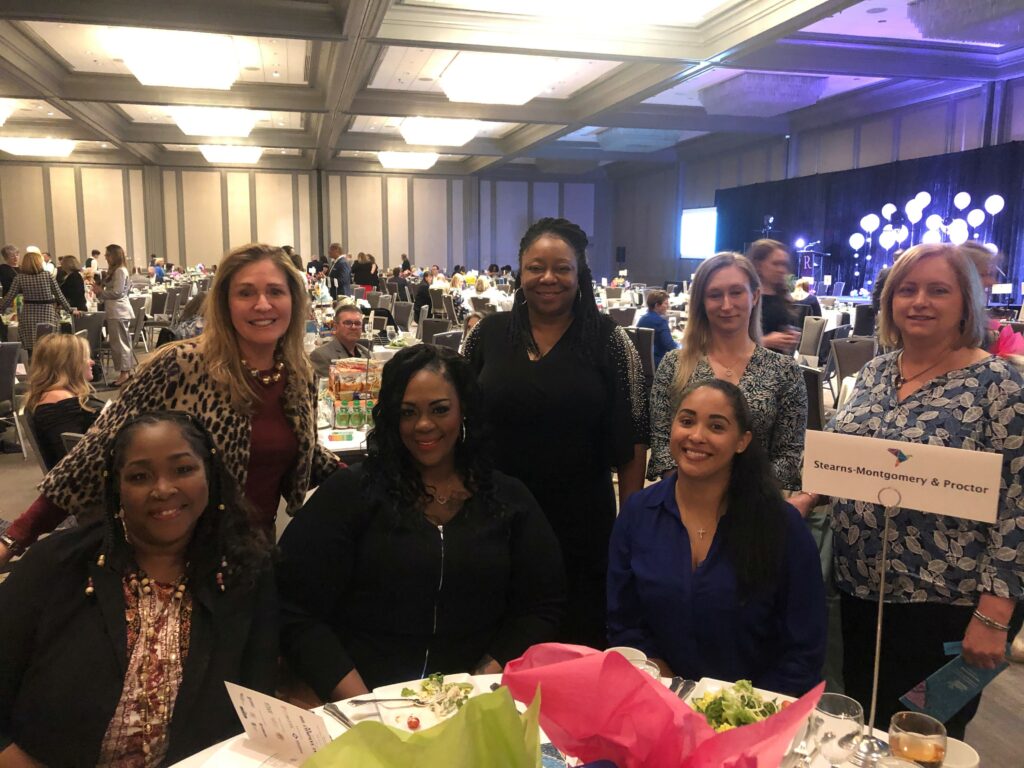 The account manager department was well represented at the annual tribute. Melanie Frazier, Sara Luke, Chantel Owens, and Charhanda Sellers committed to supporting the worthy event. None regretted that decision. “It was an awesome time of fellowship and comradery,” said Melanie. Her co-workers agreed.

“The auction featured more than 150 really great items,” Sara Luke said. “And if that wasn’t enough, they always put on a great show. So even if you get outbid, you win anyway, especially since all monies given for the items go to one of Marietta’s best charities.

The funds raised through the gala and auction will benefit LiveSafe Resources, a 24/7 operation that has been creating awareness of abuse, fostering support, and saving lives in this community since 1917. For the past years, SM&P has been an avid supporter of this Marietta-based organization that helps domestic violence victims get back on their feet.

The agency offers safety and healing to those impacted by domestic violence, sexual assault, and elder abuse. LiveSafe runs the only domestic violence shelter in Cobb County and also provides other resources, including case management, counseling, legal advocates assisting with obtaining temporary protective orders, and transitional housing where women and children can stay for up to two years.

LiveSafe is the only non-profit partnering with law enforcement, the DA’s office, and WellStar Health System to provide emergency services and outreach to sexual assault victims in Cobb, Cherokee, and Paulding counties.

LiveSafe’s broad and deep reach is why, Mary says, that the firm has supported the effort for many years. “Because we can count on LiveSafe to so efficiently and consistently make a difference in our community, we want them to be able to count on us as well.”