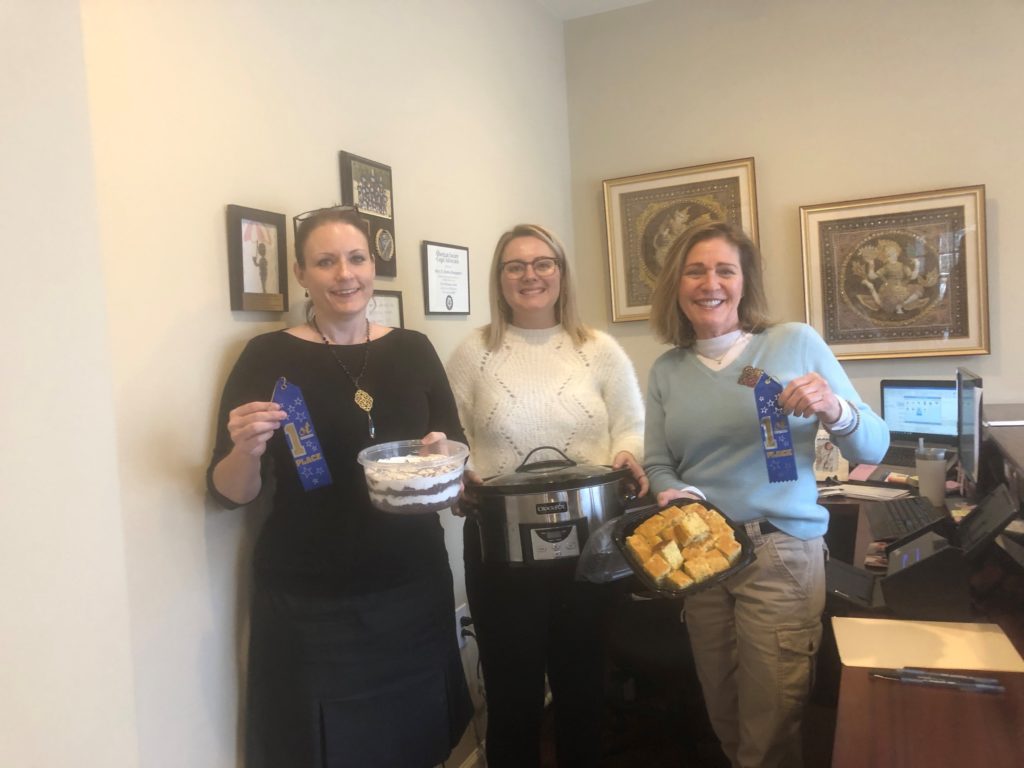 In anticipation of Super Bowl LIV (54), the SM&P team got together for a good-natured rivalry among themselves at their first annual chili cook-off and cornbread/bread competition. Everyone wore their team’s favorite colors. San Francisco 49ers fans were decked out in scarlet and gold sweaters, shirts, and caps while those loyal to the Kansas City Chiefs were attired in their proudest red and gold.

Office assistant Taylor Sim’s white chicken chili was named the best by hungry staff. “There were some great entries,” said Taylor. “I wasn’t sure if taking a chance by not going the traditional beef route would hurt my chances. I was glad everyone liked it.”

The cornbread/bread winner was created by client relations director Victoria Turney. She accredits her sweet jalapeño cornbread win to the fresh minced jalapeños.

The German chocolate cake truffle was a big hit. Fashioned with a traditional German chocolate cake mix nestled in layers of whipped cream, paralegal Katie Crockett’s submission took home the dessert award. “This is an easy recipe that seems to be a hit wherever I take it. The office was no different.”

In addition to the individual category winners, everyone agreed the ultimate winners were those able to taste-test the many delicious choices. “I started with dessert,” said Sherri Dombi, executive assistant in employee relations, “and the rest of the afternoon was spent sampling. No one left hungry.”