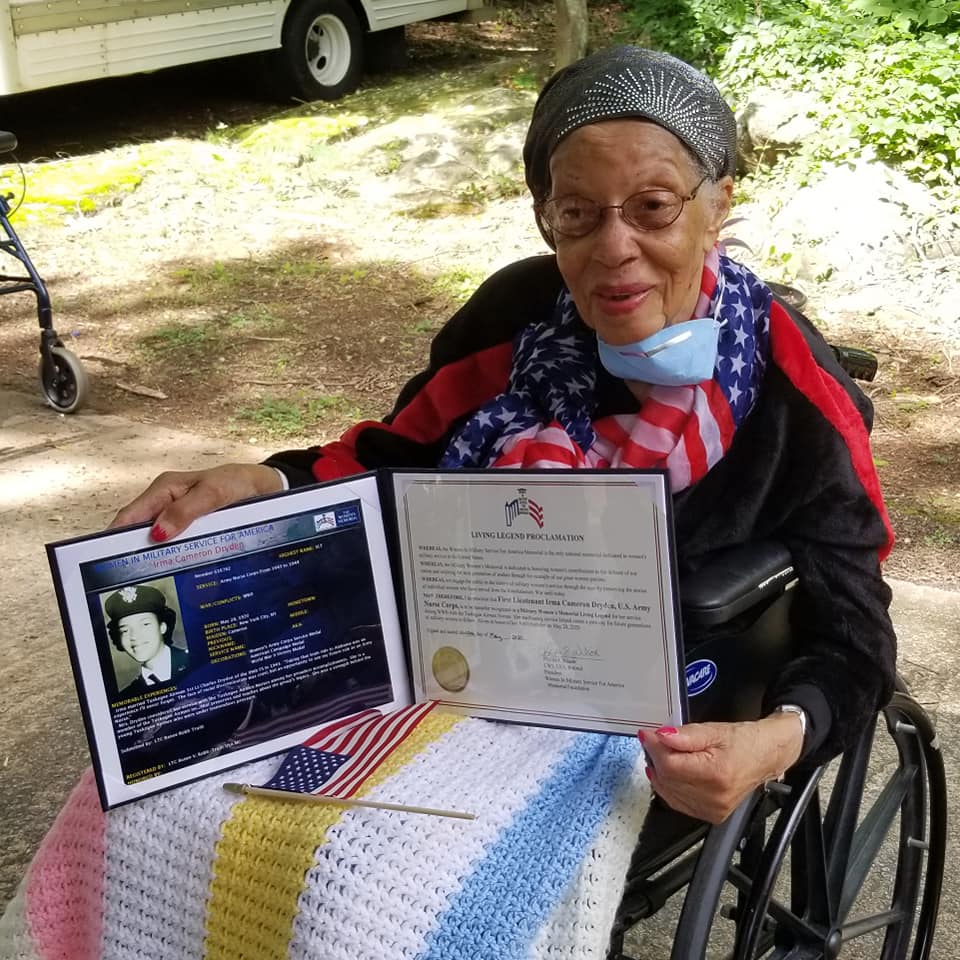 Despite the limitations imposed on them by COVID-19, it didn’t take long for the staff at SM&P to find ways to continue helping their community. In keeping with their ongoing support of military active duty and veterans in our area, the firm’s veteran, Client Relations Director Victoria Turney, assisted in the recognition of a very special member of her community, Lt. Irma “Pete” Cameron Dryden.

The Women in Military Service for America Memorial (WIMSA) prepared a Living Legacy Proclamation in honor of Lt. Dryden. The goal of WIMSA is to recognize all women, living and deceased, who have served in the US armed forces. “This month,” said Victoria, “we at WIMSA issued a proclamation acknowledging the only surviving Army nurse for the famous Tuskegee Airmen for her service on the commemoration of her 100th birthday. She is a living legend.”

She was lauded via other events focused on her special day, from large organizations to a few local female veterans wanting to express their gratitude for her legacy and the impact ladies of her era have made for the women after her and into the future. In a wheelchair dressed in red, white and blue and clasping an American flag, Mrs. Dryden humbly celebrated her milestone birthday at her home in Woodstock, Georgia surrounded by admirers.

The only child of a Jamaican dental technician and a teacher, she was born May 28, 1920, in New York. She graduated from the Harlem Hospital School of Nursing in 1942. A year later, the second lieutenant stepped off a train at the Tuskegee Army Air Field. In 1944, she left the service and eventually settled in Georgia.

Victoria, a retired Marine, volunteers as the Georgia ambassador for WIMSA, the major national memorial honoring women who have defended our nation since its founding. “If you are a woman veteran,” urged Victoria, “please join your sisters in arms by registering at the Memorial.” Add your name to the roll call of heroic women who have served this nation!