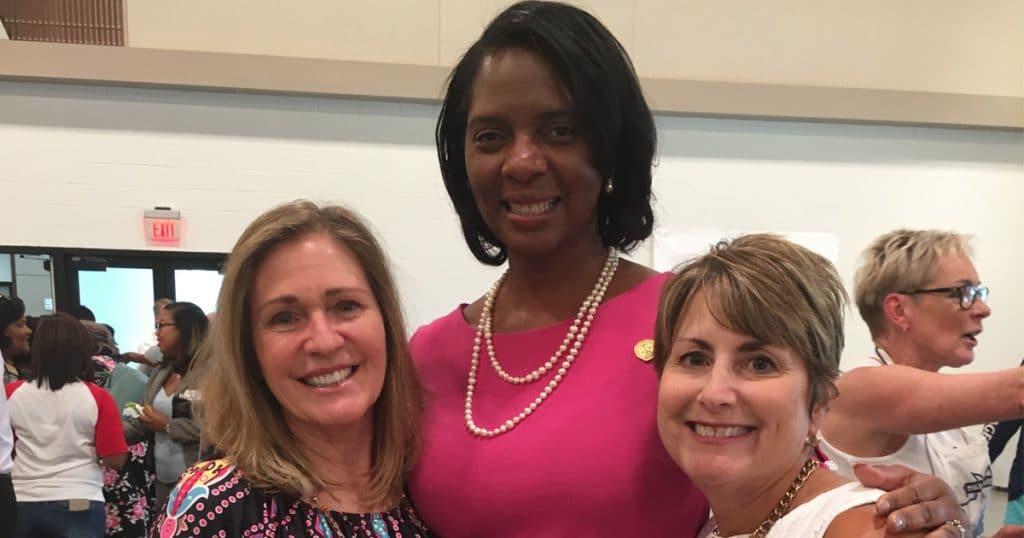 Not one to miss a chance to support her community, SM&P’s Executive Assistant – Employee Relations Sherri Dombi was seen chowing down on some finger-licking good food at the Cobb County Sheriff’s old-fashioned Corn Boilin’ earlier this month at Jim Miller Park in Marietta. Hosted by Sheriff Neil Warren, the event, which supports the Sheriff’s Office and the Cobb County Youth Museum, is described as a “family reunion.” The 100-plus volunteers served more than 1,000 attendees, who put away heaps of corn and other Southern favorites, including coleslaw, tomatoes, onions, cornbread, cantaloupe, fatback, ice cream, watermelon, and more.

“It was a lot of fun,” said Sherri. “I can see why it’s been going on for 30 years. I’ll be back next year and, hopefully, many years after that.”

Many Cobb County law enforcement officials and political and business leaders stopped by after work to reinforce the great work of the Youth Museum, an organization that teaches children about historical events that have influenced their world. Sherri says the only thing better than the Boilin’ itself was the chance to help out this truly worthy cause.