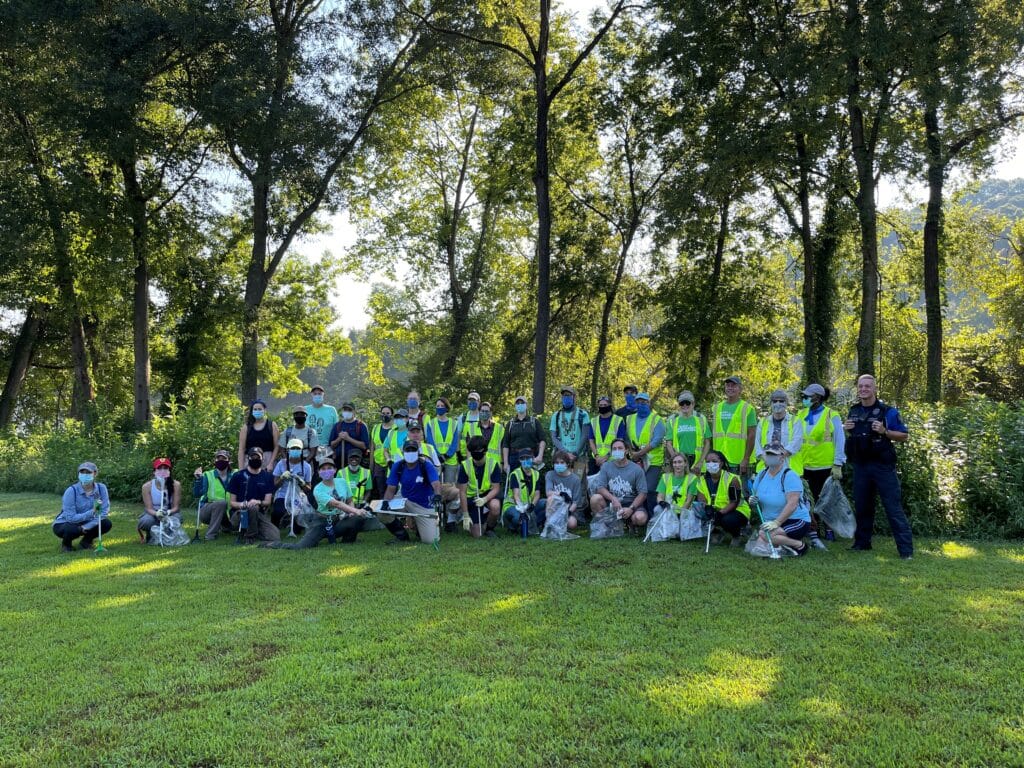 Georgia’s 70,150 miles of streams and rivers received a little help on August 14 when five members of SM&P joined other volunteers to take a pleasant respite from their busy day-to-day lives to support the Rivers Alive initiative. The statewide cleanup is held annually as part of the Georgia Environmental Protection Division Outreach Program. It targets all waterways in the state, including streams, rivers, lakes, beaches, and wetlands.

According to Maggi Moss, executive director of Keep Marietta Beautiful — one of the five partnerships involved in the annual fall event — the mission of creating awareness of and involvement in the preservation of Georgia’s water resources along with the time spent by the volunteers makes a major difference.

For Office/Legal Assistant Diana Aguilera, building comradery and getting some fresh air was a win-win for everyone. “I enjoyed meeting everyone and being able to get really close to the river in a way most people can’t or don’t.”

“I enjoyed getting outside with co-workers while also doing something good for the environment,” said Theresa Fairnot, paralegal. Focusing on the Chattahoochee River inside the Perimeter, the dozens of volunteers were kept busy in a multitude of ways that Saturday morning.

“I was ready to walk along the river to pick up trash, but I was needed to help record the data of the types of trash collected,” said Sara Luke, account manager. “It is amazing to see the amount and types of trash along the river and in the surrounding area. Our group’s efforts concluded with 81 bags for a total of 1,620 pounds. Common items included grocery bags, construction materials, random plastic bits, and cigarette butts.”

“I haven’t worked at the firm (SM&P) very long, but I jumped at the chance to support an event like Rivers Alive,” said Ally Bruno, legal assistant. “And to get to know some fellow employees on a non-work basis was a plus.”

Georgia waterways provide us with fresh drinking water and great recreational opportunities like canoeing and fishing. Sadly, many are contaminated with trash, tires, and other pollutants. This pollution and litter are a detriment to our ability to utilize the resources and also to the fish and wildlife that rely on its health for their wellbeing.

Thanks to the work of many — 32 participants toiling for three hours in this group — Georgia waterways are burdened with fewer tons of trash this year.

If you want more information on the River’s Alive program or its sister program, Georgia Adopt a Stream (AAS), check out the Rivers Alive website.