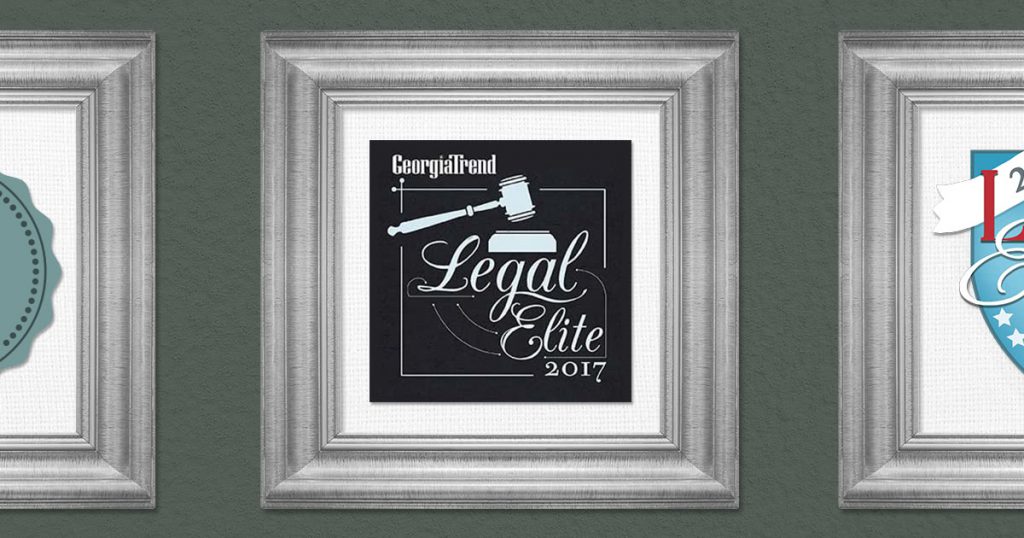 For the past 15 years, Georgia Trend magazine has asked the state’s attorneys to tell them who they think are the best in their field.

This year, Stearns-Montgomery & Proctor’s Lance Dutton was chosen by his peers to be recognized as one of the state’s finest, a member of Georgia’s Legal Elite.

Lance has been an attorney for 10 years, and while he also practices family law, he was given the award for his work in the area of criminal law.

He first decided to concentrate on criminal law during his college internship at a Minnesota Public Defender’s office. Lance began his career as an Assistant Public Defender for the Cherokee County Judicial Circuit. There, he handled more than 1,000 criminal cases, including 20 bench and jury trials.

During this time, Lance became well-versed in criminal defense but sought to broaden his areas of practice to include family law. Lance was drawn to family law because of the similarities with criminal defense. Both areas call for passionate representation during difficult times for a client. His search for a law firm that could offer him this opportunity while living up to his standards brought him to Stearns-Montgomery & Proctor.

Clients describe Lance as personable and a man of his word who will go the extra mile to protect client rights. He works closely with each client to set realistic goals and then fights tenaciously to deliver the expected results. Recently, two separate clients were charged with kidnapping during custody disputes. Those charges were dropped prior to trial due to his mounting a vigorous defenses.

When not practicing Law, Lance plays an active role in the community. He has coached children’s sports and is an avid ALTA tennis player. Lance also enjoys watching the Georgia Bulldogs and running and playing with his two rescued puppies, Lucky and Foxy.

Georgia’s Legal Elite program received nominations for nearly 2,000 attorneys in all corners of the state representing 16 practice areas. The ones with the most votes by their peers were recently listed in the December 2017 issue of the Georgia Trend magazine in the categories in which their fellow attorneys voted them, although some may practice in more than one area.