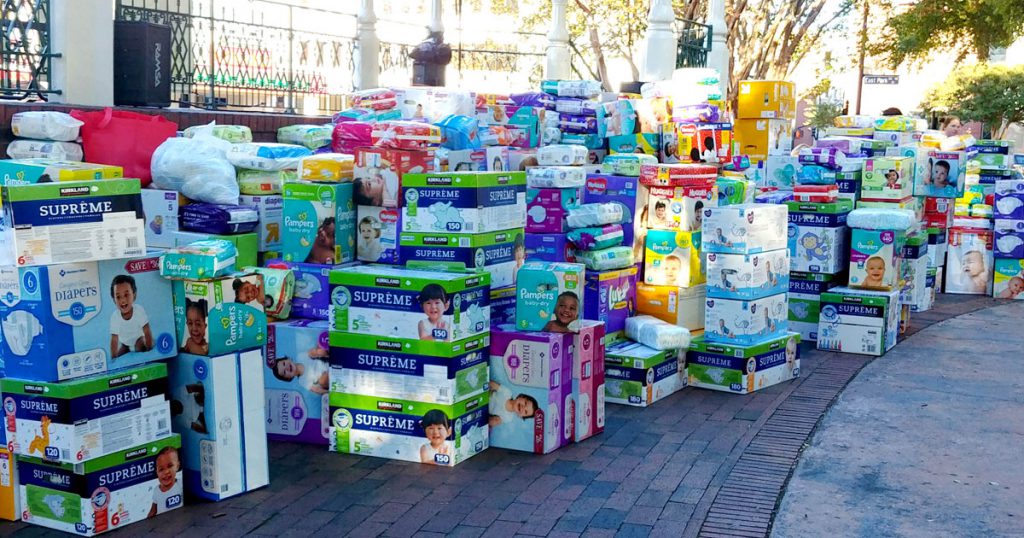 Thanks to the generosity of some SM&P staff, the goal of collecting more than 125,000 diapers for low-income Cobb County families with infants and young children became a reality. The staff were joined by people from all over the county who recently dropped off their donations at Glover Park on the Marietta Square in support of the 10th Annual Cobb Diaper Day. The event is a part of the Cobb Children’s Fund, which devotes its energy to passionately advocating for low-income families and children in need in our community.

According to SM&P account manager Stacy Johnson, raising a family today is difficult enough without the extra burdens of wondering where basic necessities like diapers are coming from. “Many people don’t know that food stamps do not include items such as diapers and that the cost of diapers averages about $100 per month,” said the mother of two.

All donated diapers will be given to Center for Family Resources, liveSAFE Resources, MUST Ministries, Ser Familia, Simple Needs GA, and Sweetwater Mission. Due to the lack of resources, these local agencies can only dispense diapers to their clients four times a year. Without Diaper Day donors, these families would have no relief at all from this large expense and might be forced to cut corners on food, medicine, or clothing.