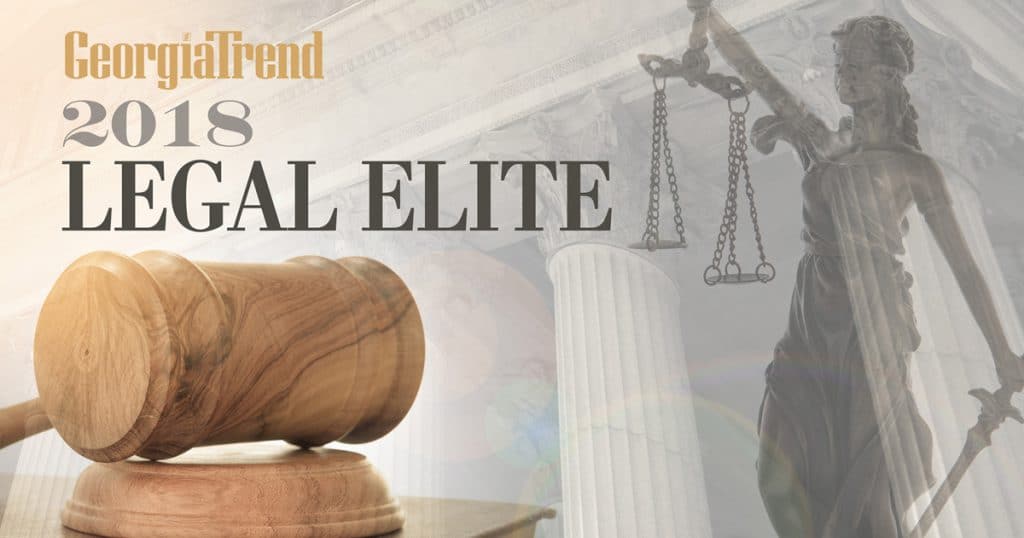 For the past 16 years, Georgia Trend Magazine has asked the state’s attorneys to decide who among them are the best in their field. This year, Stearns-Montgomery & Proctor’s Lance Dutton was chosen by his peers to be recognized as one of the state’s finest members of the 2018 Georgia Legal Elite.

Lance has been an attorney for 10 years. While attending the University of South Dakota School of Law, he won an award for earning the highest grade in the area of criminal law. He also won the Joseph N. Spencer, III Award for most outstanding law review article, based on his submission analyzing the aggravating factors in death penalty cases and the need to restructure and narrowly tailor them.

After law school, he began his career in Bartow County’s Public Defender’s Office before joining Stearns-Montgomery & Proctor in April of 2011. Lance continues to handle criminal work, including recently having two kidnapping cases against fathers, who were arrested during highly contested custody disputes, dismissed prior to trial.

He is honored that his peers still recognize him as a legal elite in the area of criminal law. He now focuses on family law as much as he does criminal. Practicing at SM&P offers him an opportunity to excel in both areas. Each specialty calls for passionate representation during difficult times for a client. His clients describe Lance as personable and a fighter, when needed, to protect their rights.

According to Mary Stearns-Montgomery, it’s easy to see how Lance’s peers could recommend him as a 2018 Georgia Legal Elite. She is proud to have him on the SM&P team.

Georgia Legal Elite received nominations for nearly 2,000 attorneys in all corners of the state, representing 16 practice areas. Those with the most votes by their peers were recently listed in the December 2018 issue of Georgia Trend Magazine in the categories in which their fellow attorneys voted them, although some may practice in more than one area.