Are You Facing Criminal Charges? Criminal Time Frames in Atlanta Types of Trial in Atlanta

If you've been involved with a felony or misdemeanor it's important to know the facts and move forward with clear and concise information regarding your case. The implications of not being organized, or, not have experienced representation to help guide you will be costly and potentially damaging for the long term. The pathway to clarity is possible, and while complicated, we're here for your immediate support.

It is not uncommon for otherwise good and honest people to find themselves on the wrong side of the law. At Stearns-Montgomery & Proctor, our family law attorneys stand by you and your loved ones when you are facing any variety of Georgia criminal law charges. With over 30 years of experience in serving clients throughout our area, we have the legal knowledge and skill needed to help strategize your best course of defense.

Are You Facing Criminal Charges?

Under Title 16 of the Georgia Code, crimes are categorized as misdemeanor or felony offenses. Misdemeanors are generally what is considered minor charges, such as motor vehicle infractions, shoplifting, trespassing, and simple assault, but they can still carry potentially severe penalties. Punishment upon conviction of a misdemeanor crime may involve fines up to $5,000, mandatory community service, and up to one year in jail.

Felony charges are those in which you could be facing multiple years imprisonment, with fines and court costs totaling tens of thousands of dollars. Examples of felony crimes our office represents include: Any type of criminal law charge that results in a conviction will remain on your record and could prevent you from being eligible for jobs, student loans, or even housing. 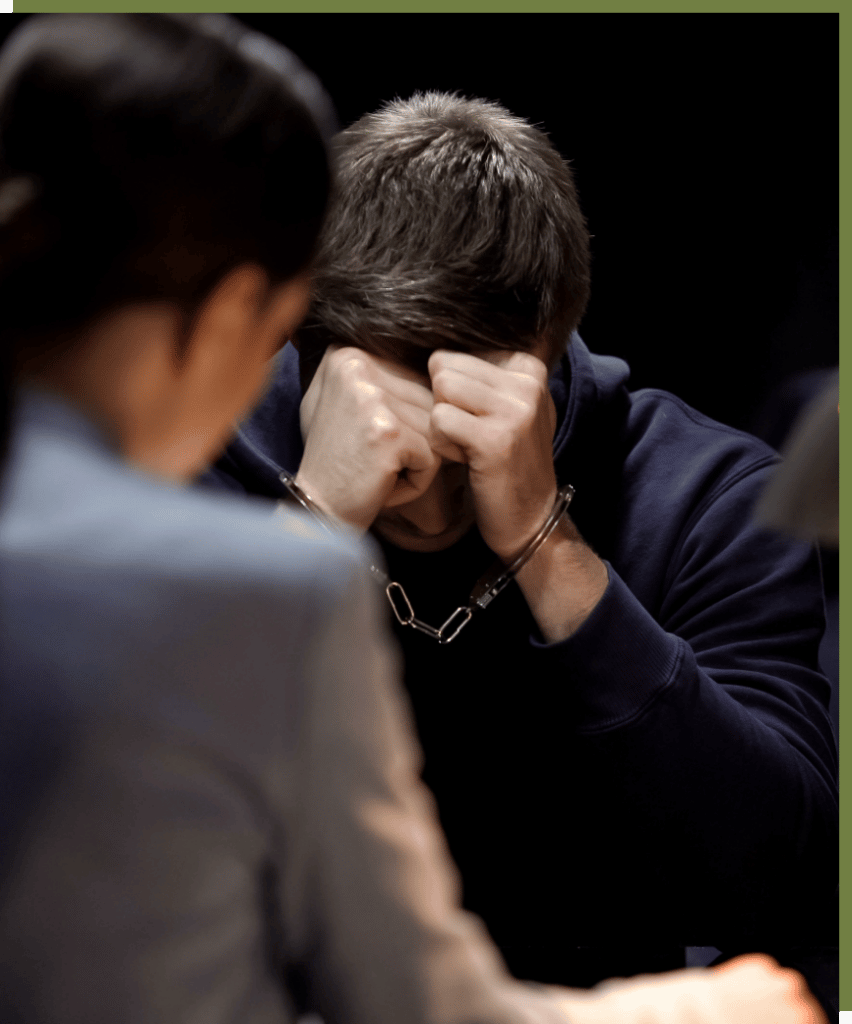 Pre-arrest Hearing: This is when an individual goes to magistrate court and files a criminal proceeding against another individual. The person who allegedly committed the crime is served with the complaint/allegations and is ordered to court to defend himself or herself. The judge listens to evidence and determines whether it is more probable than not that the person committed the crime. If the judge makes this determination, the person is arrested in court and booked.

Bond Hearing: This is when the defendant is entitled to a bond hearing within 72 hours of arrest. If no bond is set or it is set too high, the defendant can petition for another bond hearing. This is oftentimes done to not only attempt to get the client out of jail, but also to gain a better understanding of the case before arraignment.

Probable Cause/Preliminary Hearing: This is when a defendant is being held in jail either without bond or with a bond that they cannot make, they can petition the court for a probable cause/preliminary hearing. Typically the hearings are held before a magistrate court and the State calls the arresting or investigating officer as the one and only witness. The burden of proof for the State is more probable than not that the person committed the crime. If the judge makes this determination, the defendant will be bound to either superior court (to the grand jury) or state court.

Grand Jury: A panel of 20-24 citizens of the county. One of their functions is to hear evidence on criminal felony cases and determine whether there is probable cause to issue an indictment, which is the document that states what the formal charges are against a defendant. The grand jury only hears evidence on felony cases, but not all felony cases. If the defendant is detained in jail, has not had a probable cause/preliminary hearing, and is charged with a felony, he or she is always entitled to grand jury indictment. However, if he or she is out on bond and if the defendant is charged with certain felonies as listed in O.C.G.A.17-7-70.1, he or she is not entitled to grand jury indictment; the case will be drawn as a felony accusation.

Plea Hearings: This is when the defendant enters a guilty plea (or some alternative, such as Nolo). Different jurisdictions and judges handle guilty pleas in different ways; however the standard guilty plea consists of the defendant being told what the charges are that he or she is entering a plea to and the maximum sentence he or she can receive for those charges, and the sentencing recommendation being made; they are told of their constitutional rights; the judge is given a brief statement of facts that support the charges the defendant is entering a plea to. The judge can have some questions or can require the defendant to explain what took place. If the judge accepts the sentencing recommendation, typically the case is finished. In some circumstances, the defendant enters a non-negotiated plea when he or she wants to plead guilty but does not agree with the prosecutor's recommendation and think the judge can give them something better. This can be extremely risky for the defendant.

Motion Hearings/Pretrial Motions: This is when we go to court and argue over the motions that are pending; for example, a motion to suppress or a motion to sever. Some of these hearings are held on a motion calendar day, and some are heard immediately preceding the start of the trial.

Types of Trial in Atlanta

The defendant can chose to have the judge determine whether he or she is guilty or not guilty.

Depending on the severity of the case, the judge may set sentencing for a separate hearing on a date sometime after the conclusion of the trial.

A defendant that has been convicted by the court or a jury can file a motion for new trial with that court. This must be filed within 30 days of the sentencing order.

Once the defendant is away serving his prison sentence, he or she can file a petition alleging his or her person is being illegally detained and can list basically list all the things that were argued on appeal. This is also a good time for the defendant to complain about the attorney that represented them at trial.

If you or a loved one has been arrested or charged with a crime in Georgia, reach out and contact Stearns-Montgomery & Proctor to get our legal team working on your defense.

SCHEDULE A CONSULTATION find an attorney