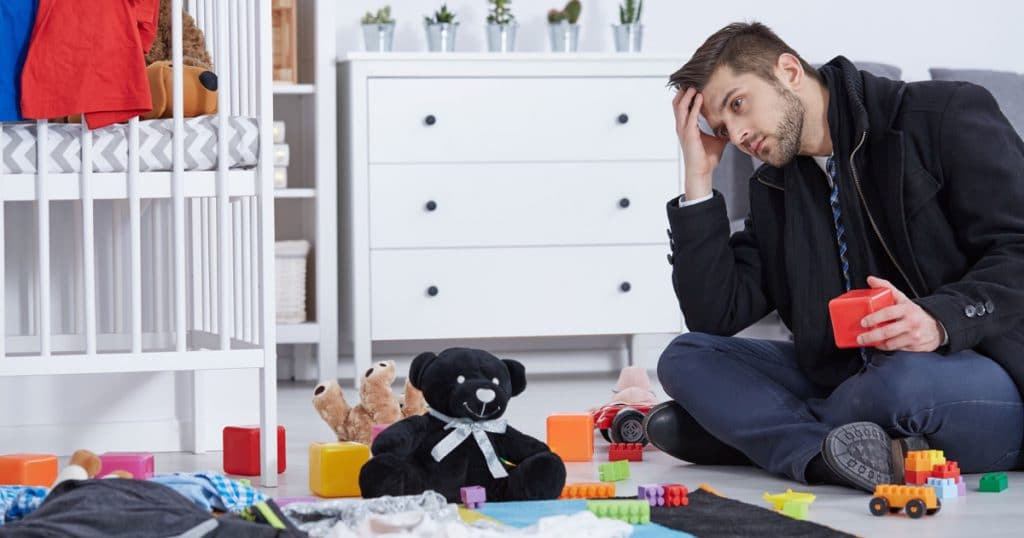 Fathers of minor children in Georgia have legal options they can pursue in order to be granted court-ordered rights to their children, such as legitimation or custody actions. However, even fathers who don’t want to be involved with their biological children can have some responsibilities forced upon them by the courts. This most commonly comes in the form of child support.

In Georgia, once an unwed father has legitimated a child – which now requires a court order as the administrative legitimation form is no longer offered under the law – he has certain rights with respect to his child and fatherhood. If he has not legitimized the child, in order to exercise these rights, he will need to file a legitimation lawsuit against the mother in order to gain custody and visitation rights. If and when a father legitimizes a child, he becomes recognized under the law as the legitimate parent of the child, just as the mother is. For the record, mothers are automatically recognized as the legitimate parent of a child upon birth.

Aside from this, Georgia law still places a number of burdens on biological fathers, even if they do not consent to raise a child with the child’s mother. Below, we discuss this in greater detail.

Father’s right are different when it comes to family planning decisions such as unwanted pregnancies and abortions. Note that fathers do not have the right to prevent or force a mother to undergo an abortion because the U.S. Supreme Court has determined that this choice is left to the mother. There is also no requirement that fathers be notified prior to an abortion taking place, preventing fathers from the ability to stop an abortion.

A child’s biological father can voluntarily surrender his parental rights in writing. In addition, if the biological parent has had no contact with the child and has failed to provide support for at least 12 months, his rights can be terminated without his consent. However, the termination of parental rights does not guarantee that a father will not be required to pay child support. Under some circumstances, a father could have no rights to visit with his child but still be required to provide support.

It is important to note that if the non-biological father is the presumed legal father (because he was married to the mother at the time the child was born, but did not actually provide the DNA to create the child), the courts can still order him to pay child support.

As for fathers who were not married to the mother of the child, they can be forced to pay child support even if they do not want to be in the child’s life. A mother can independently pursue a child support action (officially called a paternity action) against a father through the courts or they can work with the Department of Human Services (DHS) to have them bring a child support action against a putative father (for the record, a putative father is a father who is believed to be the biological father of a child but the DNA connection has yet to be proven). Georgia’s DHS offers free legal representation for mothers seeking to establish child support.

In any action for child support, a father can insist upon a paternity test to determine if the child is his. If a DNA test proves a man is not the father, a child support case can and should be dismissed.

Removing the Father’s Name from the Birth Certificate

The only way to remove a father’s name from the child’s birth certificate is through a court order instructing the Office of Vital Records to do so. This is because courts do what they deem is in the best interests of the child, and this generally relies on the belief that a child has the right to parental support, regardless of his or her father’s wishes.

Conversely, a father can bring a lawsuit requesting that the Superior Court issue an order directly to the Office of Vital Records requiring they add a father’s name to a birth certificate. This action is called a “Petition to Amend Birth Certificate.” Such an action generally requires proof in the form of a DNA test that a man is not the biological father of a child.

Options for Men Forced into Fatherhood in Georgia

A number of men who have been forced into assuming a father’s role in their child’s life have sought out genetic testing to avoid the legal obligations of fatherhood. If a man can prove he is not the biological father of a child, he may be able to avoid certain obligations to a child, financial or otherwise.

In addition, fathers may come to certain agreements with their pregnant partners. Although this typically does not include the right to avoid paying child support, fathers can come to an agreement with the mother concerning other responsibilities, such as custody and visitation (in the instance of forced fatherhood).

If an action for child support is initiated against a man, he should insist on a paternity test. Even if he believes himself to be the father, it is best to be certain.

If a man is involved in an action for the establishment of child support, he should make sure that he attends all meetings and hearings scheduled in his case. Additionally, he should provide proof of his income at these hearings. If the father has any proof of the mother’s income, he should bring that as well, however to ensure his rights he should also insist upon formal discovery. This proof – discovery – should help ensure that child support is set at the correct amount. However, beware that there are many exceptions and conditions which may affect the final amount of child support the father may be required to pay that it is too cumbersome to discuss here (see child support section for more information). A father should retain an attorney to attend these hearings with him. The attorney can diligently work to ensure that their client’s child support obligation gets properly calculated.

Never pay the mother in cash. Whether a father is under court order to pay child support or is doing it voluntarily, he should never pay the mother cash since it leaves no record of the payment. Always maintain documentary proof of any support provided to a child’s mother.

If DNA proof is obtained proving that a man is not the father of a child, he should petition the court to have his name removed from the child’s birth certificate, assuming he is listed on it.

To help you understand the information above, here are some scenarios:

Scenario 1: Mother is pregnant. She refuses to have an abortion, which is her right. Child is born and mother has the father listed on the birth certificate. Through the Department of Human Services, she initiates an action to establish child support. At the request of the father, a DNA test is taken on the child and the father. The DNA test proves the father is indeed the biological father of the child. Child support is then set according to the Georgia guidelines. If the father wishes to, he can file a legitimation lawsuit against the mother to seek custody and visitation rights.

Scenario 2: All the same facts as Scenario 1 except that the DNA test proves that the man is not the biological father of the child. The child support case is dismissed. The man can now file an action with the court to have his name removed from the birth certificate, using the DNA tests as proof that his name should be removed. Since he is not the biological father, the man cannot initiate any action to seek custody and visitation rights with the child.

When there is a dispute about fatherhood rights and obligations, speaking with an experienced attorney about your options is the only way to move forward. Contact our experienced Georgia fathers’ rights attorneys today to find out more.