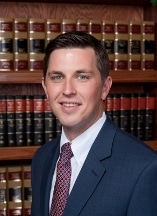 Chris recently represented a grandmother attempting to gain temporary custody of her granddaughter. The biological parents of the child were together and raising the child but were homeless and addicted to prescription painkillers. The family did not have a steady income and had lived in over 12 different residences in the past six months.

Understanding the urgency of the situation Chris filed a Deprivation Action in Juvenile Court instead of filing in Superior Court, which is a much slower process. Aware that proving Deprivation in a Juvenile Court is very difficult, Chris felt confident that he could collect enough evidence to prove the child did not currently have proper parental care.

One of the many obstacles to child custody cases in Georgia is proving that the biological parents are unfit to raise the child because the Judge would rather the child be raised by their biological parents. Chris proved the parents abused prescription painkillers by asking the Judge to order a drug test and random follow up drug screenings with the parents. When the parents refused to comply with the ordered drug test the Judge concluded they were not clean and had a drug problem.

After only 2 months from the time the case began Chris won his case and the Judge awarded the grandmother temporary custody of the child. We would like to recognize Chris for being aggressive when necessary and thinking outside the box to win a very important case.