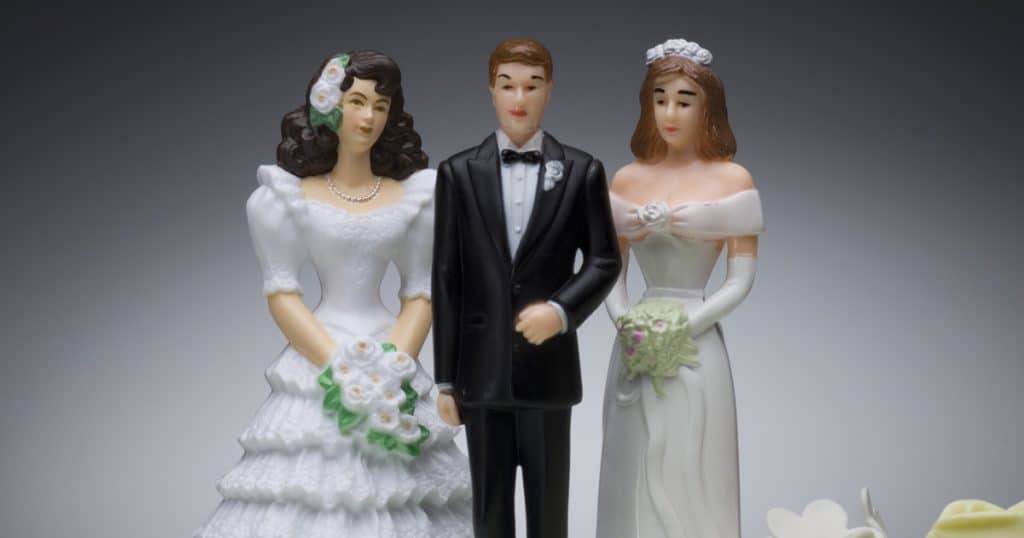 In March of 2018, TLC’s latest documentary series on polygamy, Three Wives, One Husband, premiered. The show explores what it is like to live in a community that is home to multiple families openly practicing polygamy. While this series does not discuss much about the legalities of polygamy, TLC’s long-running series, Sister Wives, led to litigation challenging existing laws regarding cohabitation aimed at polygamist groups. As shows that explore this alternative marriage choice grow in popularity, some local couples are interested in learning whether Georgia marriage laws permit polygamy or bigamy.

What is Polygamy and Bigamy in Georgia?

Polygamy is the practice of having more than one wife at a time. The term “polyandry” is used to describe a relationship consisting of one woman and her multiple, concurrent husbands. Bigamy refers to the act of participating in a marriage ceremony while currently married to another person. Polygamy is often associated with different religious customs. In the United States, the practice is often discussed in association with Mormon fundamentalist groups. Internationally, polygamy is common in some less developed countries that suffer from a scarcity of men or economic resources.

Is Polygamy Legal in Georgia?

The state of Georgia does not permit or recognize polygamous marriages. A person who knowingly participates in a marriage ceremony while legally married to another individual, or who bigamously cohabitates with a person other than his or her lawful living spouse, is committing bigamy. Georgia’s law is not unique. The majority of the developed world has outlawed polygamy. However, in the United Kingdom, having multiple partners at the same time or committing adultery are not viewed as criminal offenses. Britain will also recognize polygamy if the marriage ceremony took place in a country where polygamy is legal.

Consequences for Practicing Polygamy in Georgia

When polygamy is discovered in Georgia, the spouse who has more than one wife or husband faces the most consequences because he or she risks being found guilty of bigamy. In 2012, Lucy Caudill, a resident of Peachtree City, Georgia, was arrested for bigamy after applying for a marriage license while still legally married to her first husband. Because bigamy in Georgia is a felony, Caudill faced up to 10 years in prison. Other parties who participate in a polygamous marriage run the (admittedly unlikely) risk of being charged with adultery, which is a misdemeanor. The fact that Georgia has not prosecuted anyone for the crime of adultery in several decades should not, however, be used as an excuse to encourage such behavior. Marriages found to be bigamous are annulled unless the couple had children.

Getting remarried without first obtaining a legal divorce can lead to multiple consequences, including imprisonment. If you or your spouse believe that you may have unknowingly committed bigamy, or you are afraid that your actions could be viewed as bigamous, reach out to a family law attorney immediately. The team at Stearns-Montgomery and Proctor are able to provide you with the legal advice you need and will work with you to resolve your situation. Contact us to schedule an initial consultation at one of our several Atlanta metro area locations today.