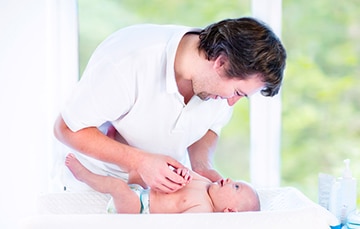 Children are a blessing, but sometimes they can come as a surprise. Some fathers don’t find out until much later that they are a parent and by then, they may also find out that they are liable to pay costs, sometimes even retroactively (effective from a time in the past) to support this newly discovered child.

Men who suddenly find themselves fathers sometimes worry about being liable for supporting children from birth until the child’s current age, making retroactive payments seem very likely and very daunting. This retroactive paying is termed “past due expenditures”.

There have been a few cases where these concerns have come into practice.

Where did past due expenditures come from?

“Every parent has a duty to provide for maintenance, protection, and education of child” until majority (the age at which a person can legally manage his or her own affairs) OCGA 19-7-24.

In a 1990 case, a mother was able to request past due expenditures (expenses that the mother had relating to the child since the child was born). With this being the case, once paternity was established, the mother could dictate what expenses relating to pregnancy, birth and the child’s benefit were paid for by the father, even without measuring the father’s ability to pay.

Some trial courts interpreted this decision to mean that a father could be 100% responsible for these past due expenditures.

An example of this interpretation is a 1993 Supreme Court case that supported a lower court’s ruling that awarded a mother 15k + in pregnancy and birth-related medical expenses that she requested. The courts reasoning was that “the duty to protect and maintain a child includes duty to ensure that child receives adequate medical care prior to and during birth”, but failed to address the unfairness of making the father responsible for 100% of the expenses, rather than a 50/50 cost split, or pro rata per income.

But, case law did eventually evolve.

In this 2010 case, the Supreme Court decided that when considering a request for reimbursement of past due expenditures for a child (including pregnancy-related medical expenses and other necessary expenses needed to raise the child prior to the establishment of a court order), lower courts must take the mother’s income into consideration. Now, courts must review the mother’s expenses and distribute responsibility accordingly after taking into consideration both parents’ incomes.

So, What Does That Mean Now?

In total, a father may be responsible for the mother’s pregnancy and birth-related medical expenses and other necessary expenses for the child, but only ones that the mother took on and ones that occurred before the father was asked to pay. The court must consider the incomes of both mother and father before making a final decision.

Our attorneys value you as a client and want the best for you and your family. If you need assistance with a paternity-related case or birth delivery expenses, we are just a call or email away. Please feel free to call (678) 971-3413 or complete our contact form. We have offices located in Atlanta, Marietta, and Alpharetta.