What is “Family Violence” and what can you do about it? 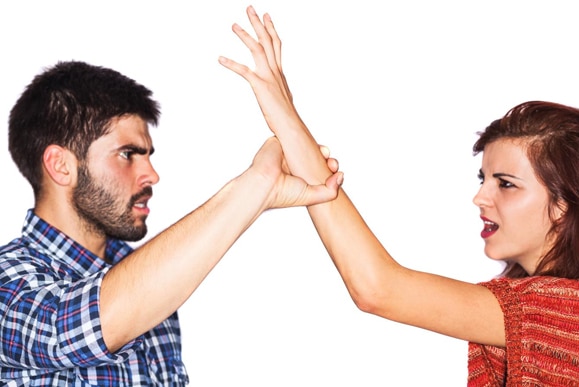 In 1981, the Georgia legislature enacted the Family Violence Act (FVA) in an attempt to bring an end to acts of family violence, or at the least, to provide courts with the authority to order temporary relief as it deems necessary to protect a potential victim from family violence. Davis-Redding v. Redding, 246 Ga. App. 792 (2000).

While victims subjected to acts of family violence are often reluctant to seek help, it is important for the public to know that there are remedies readily available under the FVA. Further, according to research compiled by the Cobb County Justice Foundation, children who see their mothers abused in the home are six (6) times more likely to commit suicide and twenty-four (24) times more likely to assault someone sexually than children in non-violent homes. Statistics like these illustrate that it is necessary for victims of abuse to use the Courts to fight back against family violence not only to protect themselves, but their children, from future abuse. Learn more about domestic violence.

The Georgia FVA may be utilized for the protection of the following people:

As defined by Georgia law, “family violence” means the occurrence of battery, simple battery, simple assault, assault, stalking, criminal damage to property, unlawful restraint, or criminal trespass. Essentially, any incident of physical violence (including damage of property) between any of the applicable individuals referenced above will subject the aggressor to penalties under the Georgia FVA. However, actual physical abuse is not necessary and a victim can seek protection under the Georgia FVA if the aggressor “attempts to commit violent injury” to the victim or “commits an act which places the victim in reasonable apprehension of immediately receiving a violence injury.”

What are the Steps if You have been Subjected to Violence?

Generally, once a verified petition is filed a Superior Court Judge, if he finds probable cause to believe that family violence has occurred and may occur in the future (not a high standard), will issue an ex-parte restraining order or Temporary Protective Order (TPO), and will schedule a hearing, which is usually to be held within about ten (10) days. The TPO generally restrains all contact between the parties until a full hearing can be held. The Judge has broad discretion and has the ability to order the Respondent out of the home or alternatively, orders that the Respondent can stay in the home but must provide suitable housing for the Petitioner. The TPO will be served on the Respondent by the sheriff who will assist the parties carry out the terms of the order (assist the Respondent gather his personal belongings, etc.).

At the TPO hearing, both parties have the opportunity to present their evidence to the Judge. If the Judge finds that an act of family violence has occurred, the Judge has broad authority to enter a 12 (twelve) month protective order which may order the following:

Often times, acts of family violence occur (or become more volatile) either right before or right after a spouse files for divorce. In these instances, filing a Petition for Temporary Protective Order can result in quicker, more effective, and more efficient relief than waiting for a ruling from a judge in divorce court. Further, a TPO issued against the other party could have a beneficial impact on the outcome of divorce proceedings. The facts of each case vary and it may be necessary to meet with an attorney to discuss the options that could be right for you or your case.

The attorneys at Stearns-Montgomery & Proctor are well-versed in the Georgia FVA and are experienced in prosecuting and defending TPOs in the Superior Courts of Cobb, Fulton, Cherokee, and other metro Atlanta counties. If you or anyone you know has been a victim of family violence, please contact us so we can discuss how you can seek relief under the Georgia FVA.