What is Considered Marriage Abandonment or Desertion in a Divorce? 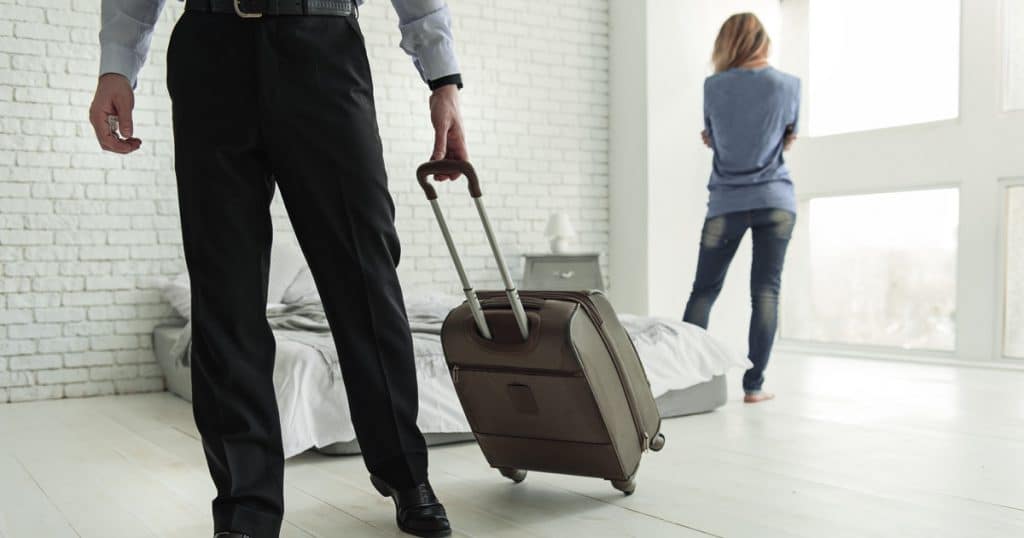 Just a few short months after getting married on the controversial television show “90 Day Fiancé,” Cherokee County, Georgia couple Molly and Luis Mendez filed for divorce.  The explanation given for the divorce, as cited on documents filed in court, was that the marriage was “irretrievably broken with no hope of reconciliation.” This typically means that the spouses are no longer willing or able to live together and maintain their marital relationship or resume their spousal duties. This is a common reason for divorce and grounds for a no-fault divorce.  “No-fault divorce” means that one spouse need not prove that the other spouse did anything wrong in order to obtain a divorce. In no-fault divorce states like Georgia, a person pursuing a divorce does not need to show that their spouse was a bad spouse or failed to live up to the marriage vows.

However, a person seeking to assign blame for the divorce may file on the basis that he or she was deserted by his or her spouse. Understanding what is considered marriage abandonment or desertion in a divorce may help you respond to the accusation or decide if it should be the grounds for your own divorce.

The Official Code of Georgia (OCGA), Section 19-5-3, lists thirteen different reasons, or legally speaking, “grounds,” that a person can choose as the basis for divorce.  Subsection 13 cites the “irretrievably broken” marriage, the typical “grounds” in a no-fault divorce. Grounds in a fault divorce can include adultery, habitual intoxication, cruel treatment, and incurable mental illness.

Subsection 7 describes abandonment.  It states that the willful and continued desertion by either of the parties for the term of one year shall be sufficient grounds to authorize the granting of a total divorce. “Marital abandonment” usually occurs when one spouse purposefully makes a unilateral decision to physically leave, or desert, the other, choosing to no longer reside in the same household as their spouse. This could be the cliché scenario in which one spouse goes out for a pack of cigarettes and is never heard from again.  It could also mean that one spouse moves across town, withdraws financial support, and ceases communicating with the other spouse. In some cases, the accusation may include claims that the spouse who left refuses to participate in marital duties such as having sex with the spouse. Depending on the situation, it may also need to be proved that the spouse left knowing that he or she would not return.  It is generally not considered abandonment if the parties mutually agreed to live separately.

To help you understand what desertion is and isn’t, please consider these scenarios:

Scenario 1: The husband and wife have been having marital difficulties.  They are barely on speaking terms, and when they do speak, it often leads to an argument.  The stress of this situation is weighing heavily on both of them. Eventually, the parties agree that it would be best for everyone if they no longer lived under the same roof, and the wife decides to move out.

Scenario 2:  The husband and wife have hit a rough patch in their marriage.  One day, while the wife is at work, the husband takes his personal belongings and moves out.  Without the husband’s financial assistance, the wife cannot afford to pay the rent and is evicted from the apartment she had shared with her husband.  The husband continues to not support her or engage in any form of marital relations, including sex, for a period of a year.

Scenario 1 is not abandonment/desertion because the separation was agreed to. Scenario 2 is abandonment because one spouse made the decision without the consent of the other.  Please note that the gender of the abandoned party doesn’t matter. It is also not essential that a party be evicted from their home because of the abandonment.

Why it Matters – Consequences

Though desertion divorces are rare in Georgia, they still occur. Being a party to a fault-based divorce can make a huge difference in the outcome.

Bad behavior does not have to occur for your spouse to be granted a fault divorce. Your spouse just has to prove that certain faults occurred. It is not unusual for a marital home to become volatile or intolerable, leading one spouse to decide to move out. Unfortunately, this act can have consequences in Georgia if your spouse decides to pursue an abandonment divorce. Intentionally leaving is grounds for a divorce on the fault-basis of abandonment and could place you at a disadvantage in court. If your spouse can prove you either left intentionally for one year or forced him or her to leave by endangering his or her mental or physical health, then you could be viewed as responsible for the divorce and face the consequences.  As a general rule, courts do not seek to reward the bad actor in a marriage. Additionally, the Georgia law permits judges and juries to punish the bad actor in a marriage by denying them alimony or attorney’s fees.

On the other hand, if you are able to prove that your spouse deserted you, then not only is it possible that you will receive alimony, but the court may take the abandonment into consideration when determining the amount of spousal support you receive. Therefore, showing that abandonment is a reason for the divorce can be both a sword and a shield for the victim.  A sword in the sense you should receive additional financial consideration in a divorce, a shield in the sense that the court should deny any requests for alimony or attorney’s fees made by your spouse.

Under Georgia law, a person seeking a divorce can list more than one reason/grounds for divorce.  It is a good, practical policy to always list OCGA 19-5-3 (13), “irretrievably broken,” as a reason/grounds for divorce, in addition to any other relevant grounds. It is also important to understand that a person can list multiple reasons/grounds because a party seeking a divorce does not have to choose between the grounds of abandonment and adultery.  Often, in abandonment situations, one spouse has left the marriage to begin a relationship with another person and has ceased to interact with or support their spouse. In that situation, the abandoned party can list both abandonment and adultery as grounds for divorce, since the new relationship of the other spouse would likely qualify as adultery.  Adding adultery as a reason may be useful because there is no time consideration for adultery. Abandonment requires a year of separation for it to be usable as a reason/grounds. Adultery can be a reason/grounds as soon as the adultery is discovered. In some divorce actions, it is important to use all of a spouse’s bad conduct in the proceedings, to increase the likelihood that the court will determine that one party is at fault.

If you are seeking to obtain the benefits of having abandonment be the reason/grounds for your divorce, then you will have the burden of proving the abandonment.  How can you do that? One way would be to create evidence showing you were abandoned. For example, you can send a series of texts and/or emails to your spouse that state something like:

“Where did you go?  You’ve been gone for days/weeks/months.”

“I haven’t heard from you in days/weeks/months.”

Emails and texts work great because they will show to whom and on what dates the messages were sent.  The chronology will help prove that the necessary time period has been met for abandonment as a reason/grounds for divorce.  If your spouse makes the mistake of texting back, “I’m gone. I’m never coming back,” that would also be great evidence to help you meet your burden of proof.

If you are considering filing for a divorce on the grounds of abandonment, or if you believe that your spouse will accuse you of desertion, it is important to speak to a qualified divorce attorney immediately. Only an attorney who has reviewed the facts surrounding your unique situation can give you accurate advice regarding how you should proceed and make sure all potential grounds for divorce are properly listed on the court filings. The attorneys at Stearns-Montgomery & Proctor are standing by to answer your questions and provide you with the representation you need. Contact us to schedule a consultation at one of our Atlanta area locations so that we can begin discussing your case.