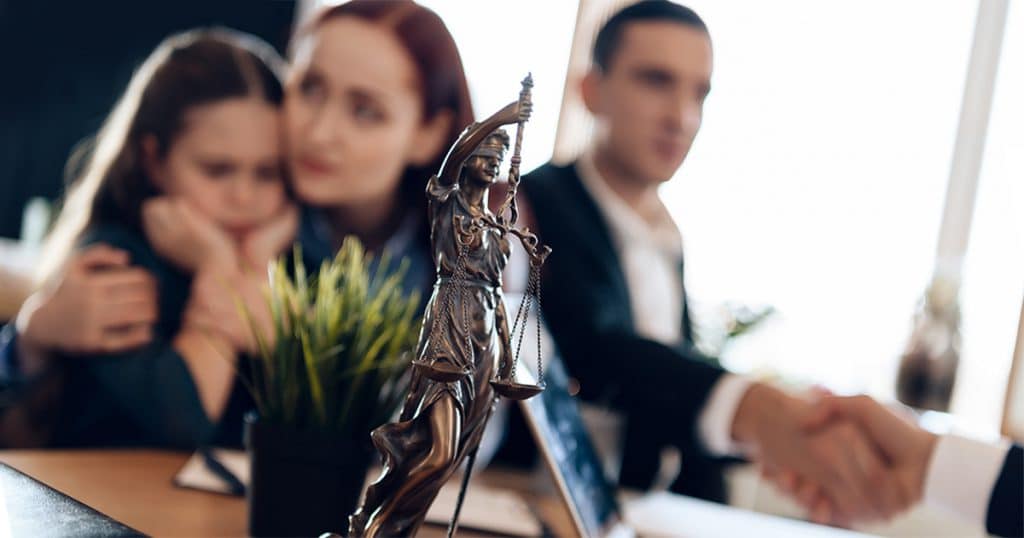 When it comes to providing for the care and support of children, you want to be sure they are in capable hands. When child custody disputes or emergencies arise, you may need to take quick action to ensure they are protected. Temporary and emergency child custody hearings provide you a way to legally petition the court to protect the child’s or children’s best interests. These hearings can produce a court order which defines the custody rights of the parties during the pendency of a legal action involving custody.

When someone files a legal action related to custody, whether it is a divorce, modification of custody, or a legitimation, in most counties in the metro Atlanta area, a “standing order” goes into place. A standing order restrains the parties to the action from doing several things. As it relates to custody, it typically restricts a party’s ability to relocate with a child or children outside the state of Georgia. The standing order may also restrict both parties’ ability to travel with the child outside the state. The terms of standing orders vary from county to county, so it is extremely important that you carefully read and understand all the requirements of the standing order filed in your case.

Standing orders only provide limited guidance for parties. In an initial custody action, such as that resulting from a divorce, there is nothing that defines who sees the children when. In a modification action, the parties will have to abide by the prior custody order. In order to gain a new custody order, the parties may need to seek a hearing. Temporary hearings and emergency hearings allow parties to seek relief from the court without having to wait for the case to be ready for a final trial.

In divorce cases, you can file a petition seeking temporary custody of your child or children. Any action for custody should be filed in the county in which the respondent/defendant resides, except in special circumstances. After an action concerning custody is filed, either party can seek a temporary hearing to have their custody rights defined during the pendency of said action. A party typically requests a temporary hearing by filing a “rule nisi” with the court.

A party may wish to pursue a temporary order regarding custody under the following circumstances:

At a temporary hearing, other temporary issues pertinent to your case, such as temporary child support and temporary alimony, if applicable, can also be addressed by the court.

Emergency Custody for Parents and Other Family Members

Some situations warrant immediate actions, such as when the child is in danger or there are allegations of child abuse or neglect. In these situations, an individual may file for an emergency custody order. To get an immediate hearing scheduled, you would need to provide the court with the appropriate forms and information. In most counties, this means drafting and filing a “motion for emergency hearing” after an action for custody has already been filed. The motion needs to explain what the emergency is and why the court should have a hearing as soon as possible to prevent harm to the child or children.

In cases where both parents are suddenly unable to provide care for the child or children, either due to death, child abandonment, or as the result of an injury, illness, or other circumstance, a third party may request emergency custody or guardianship over the child or children. Handled through the Georgia probate court or juvenile court, guardianship can provide grandparents, aunts, uncles, or other concerned family members and friends with temporary custody of the children and legal authority to make decisions regarding their care. This includes authorizing medical treatment and accessing any funds or benefits which may be available to them. There is also an avenue for third parties to request custody in superior court. You should consult with an attorney to determine your best path forward.

Here is some practical advice to consider if you are in a custody action and in need of temporary relief from the court:

To help you understand all the information provided above, here are some scenarios that may occur:

3)     A couple lives in Paulding County. The husband files for divorce from his wife and decides to move out of the marital residence. She refuses to let him see the children but is otherwise taking good care of them. He cannot seek a temporary hearing until after he and his wife have attempted to resolve their issues through mediation. They attend mediation and are unable to reach an agreement. He immediately requests a temporary hearing before the judge to gain access to his children.

In all these scenarios, once a hearing is granted, it remains the burden of the person requesting particular custody rights to convince the court that it is in the best interests of the minor children that they be granted those custody rights. Temporary relief in custody matters is important and can influence how the case is resolved on a final basis. It is vital to have legal counsel to assist you through this often complex process.

Our Georgia Child Custody Attorneys are Here to Assist You

Child custody matters are some of the most sensitive dealt within the family court. If you have a pressing matter that requires a temporary or emergency custody hearing, our Georgia child custody attorneys are here to support you. We can help you understand the specific procedures in the county where your action will be filed so you can get a hearing as soon as possible. Once a hearing is granted, we will work to convince the court that your custody requests are in the best interests of the children. Call or contact Stearns, Montgomery & Proctor online today and request a consultation to discuss the legal options available.